A Hero’s account of the Two Oceans Half Marathon 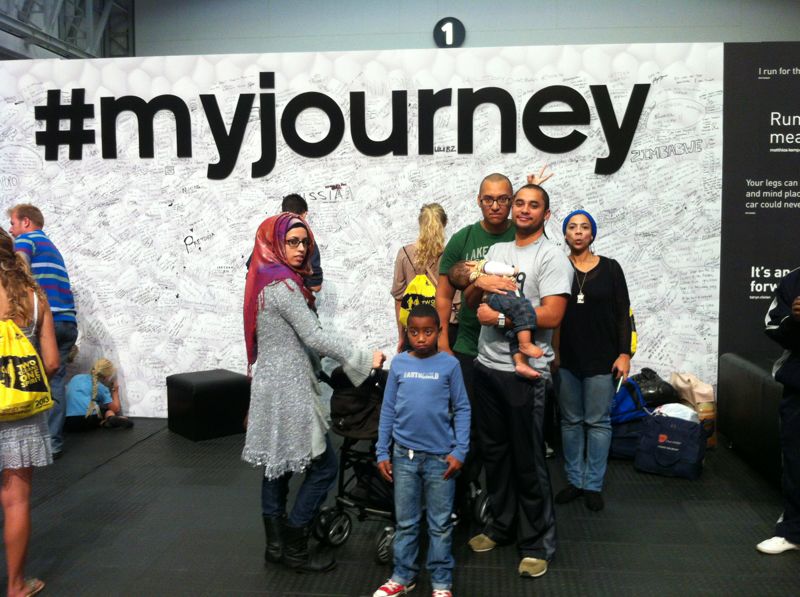 A Hero’s account of the Two Oceans Half Marathon

We arrived in Cape Town on the afternoon of Thursday 28th March and I immediately knew that I had to get my head in the game – this was not going to be a walk in the park.

First step was to sort out all my food requirements so that I could eat “clean” coming up to the race. As they say, “You are what you eat”. As I couldn’t find any beast, I settled for lean chicken breast and veggies (LOL).

Next step was to start the mind games so I could psych out (aka mental) my frenemy “Handsome Waleed” (the fool who bet that he would beat me in the race).

I spent the Thursday just resting from the long drive to Cape Town and then on Friday went to collect my race number at the Two Oceans Expo. At the Expo the mind games started as you can see in the pic below: 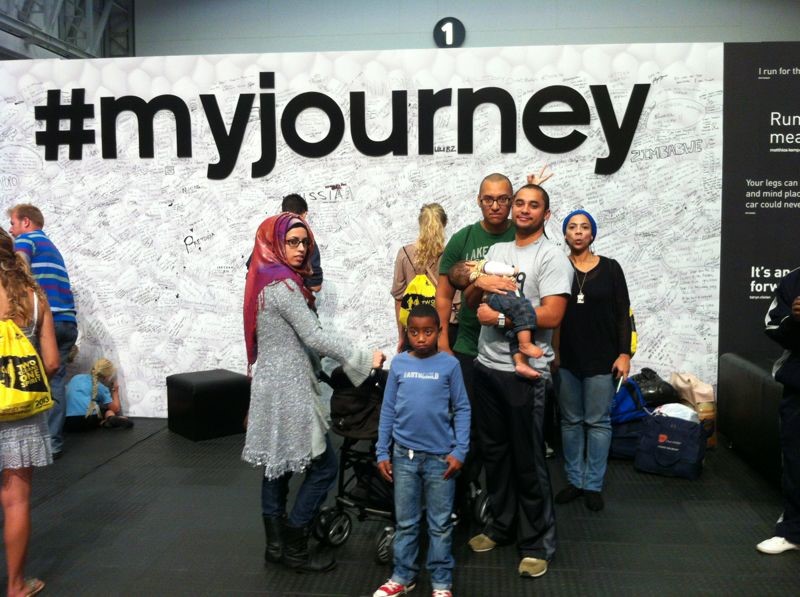 That is me behind Waleed with my Kenyan Death Stare. Thanks to Aanikah for the bunny ears as well 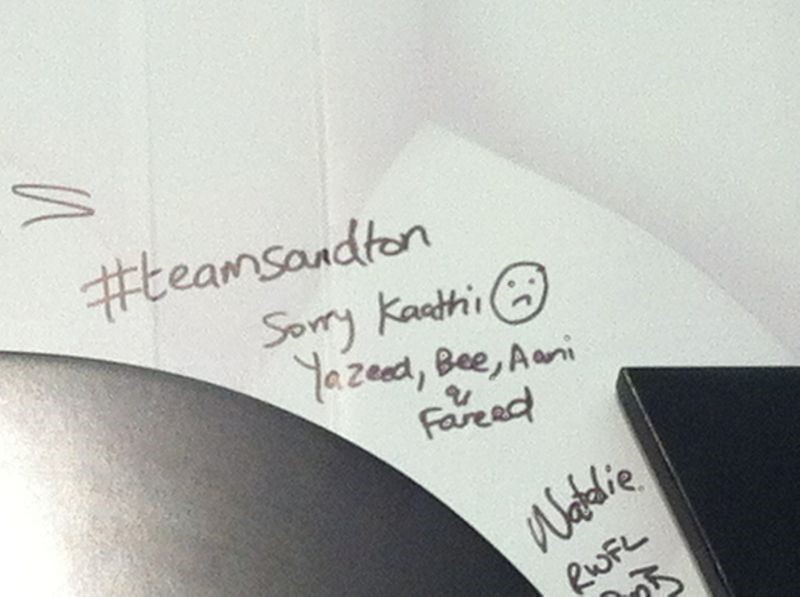 Always time to make fun of Kaathima. Too easy

I got home and then spent the rest of the day relaxing and getting myself into “Kenyan Mode”. For those of you who aren’t aware, “Kenyan Mode” is very similar to “Beast Mode”. However, the only difference is that you enter Kenyan Mode just before a long distance race, whereas “Beast Mode” is entered for all other physical activity besides long distance running. There is another phase called “Samoan Mode”, but that is reserved for when you need BIG defense during a rugby game.

Friday night we got to bed early because we needed to be at the start by 5am for the latest. It gets insanely full and your place in the queue of 16 000 entrants can determine how much time you lose in the race. The official start was at 6:10am; however your individual time starts when you cross the start line.

We got there early and I immediately put on some more mind games by pretending that I was sleepy, making comments like “Guys I hope I finish before the cut-off” and making weird faces for photos as you can see below: 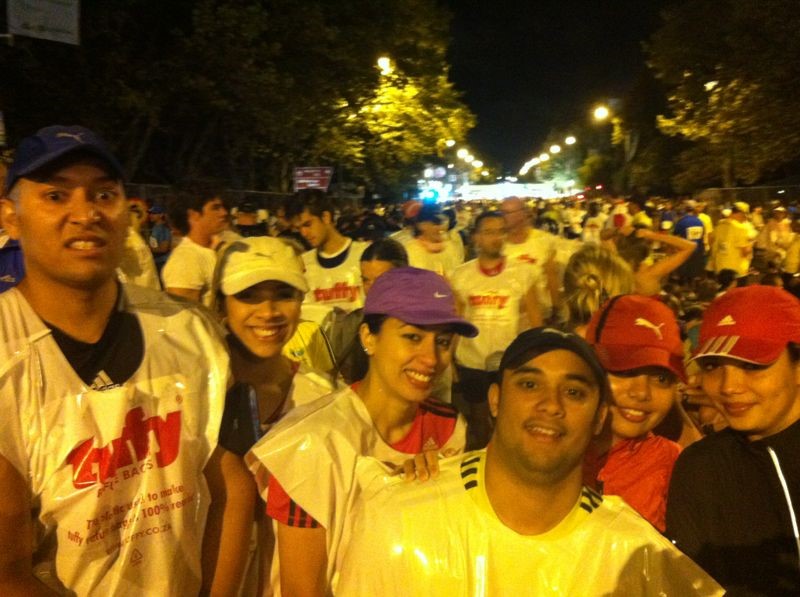 The race started and I immediately pulled away from our group – the wifey wasn’t happy and I got a scolding after the race that I had left her, but my pride was on the line here!

I knew that I had to target around 7min per km and I would finish sub2h30. Waleed was running with me for the first couple of kms. A friendly chirp every now and then just kept him on his toes. But, by the 3rd km I turned around and I was running on my own. (Fareed 1 – Waleed 0)

By the 5th km the sub 2h30 bus had caught up to me. A bus is a group of people led by an experienced runner who will “guarantee” that all participants will finish in the targeted time. The problem with this bus is that they were running quickly in the beginning to make up time that would be lost on the hills later in the race. I checked my endomondo and they were going at 5:30 min per km – well outside my comfort zone. After about 3kms running with them, I knew I was going too fast and then I let them go. But by then the damage was done and I could feel my quads burning.

Then a few unfortunate events happened…

First was the over-extension (aka buckling) of my ankle. I don’t know how it happened – it just did. I had to try and run it off and for 200m I was hobbling along. Just when the pain started to subside, out of nowhere a catseye jumped out and attacked me which sent me toppling over too my embarrassment. Luckily I managed to put my hands out to break my fall, but my right knee wasn’t as fortunate and I could see the bits of skin I left on the tarmac. I knew I was bleeding from the burning sensation. Nevertheless, it was only 8kms into the race and I still had a way to go.

The next bits were tough. With the burning still in my legs I approached the dreaded Southern Cross drive. No training could prepare you for this task of about 3kms of continuous uphill. Your strength of mind and will is the only thing that will get you up there. Luckily, as I was close to giving up and walking I met an old work colleague Liezel who helped distract me from the hills with some good banter.

At the top of Southern Cross you get this weird feeling of relief. It is officially known as the hardest part of the race and it is supposed to be “downhill from there”. Whomever said that is a liar! The terrain after Southern Cross is undulating and probably where you can mental yourself out of the race. Plus it didn’t help that another catseye attacked me, however I did pull a cirque di soleil move to not wipe out 🙂

It was at around the 15km mark where Riyad aka The Coolest Kid in Walmer Estate, came running past me. Without even so much as a light sweat on his brow, he smiled, cracked a couple of motivational words and then was off.

Luckily I met my homey Yacoob at the 16km mark and we ran the rest of the way together providing much needed motivation to each other. Yacoob will forever be known as “The wind beneath my Kenyan wings” 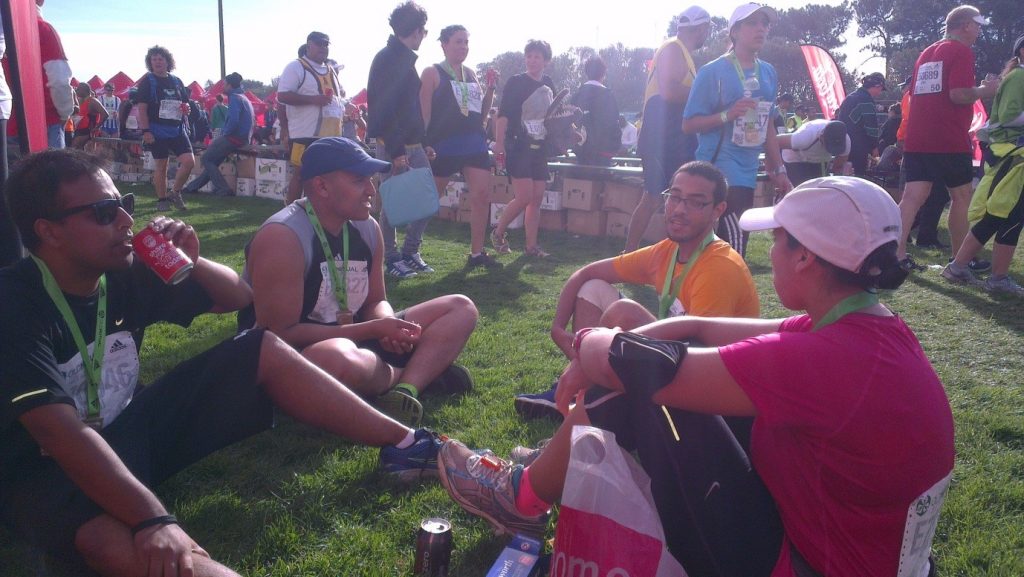 Relaxing on the lawns after our finish (From left to right: Riyad aka Coolest Kid in Walmer Estate, Me, Yacoob aka The wind beneath my Kenyan wings, Aanikah aka Will of Steel)

That evening, after I had experienced the full pain in my legs from pushing so hard, I announced my retirement by releasing a short statement via our official Whatsapp firends group:

After hours of training and a couple events, I have decided to officially retire from the long distance events. A new breed of runners now have the chance to rewrite the record books as it is time I hang up my kit. I will still continue to be involved in the sport, but will focus my energies on developing the youth because they are our future.

I wish you all well and thank you for the support over the glorious weeks that were my career.”

All in all it was tough getting race ready and following the training program for 10 weeks. Thanks to Aanikah who kept me from McDonald’s during that time. The race is also tougher than people make it out to be. Training in Jobizzle made it easier on the breathing, but pacing yourself is still key to an enjoyable race.

I may not have beat my sub 2h30 target, but I at least can hold the fact that I beat Waleed over his head FOREVER!!! 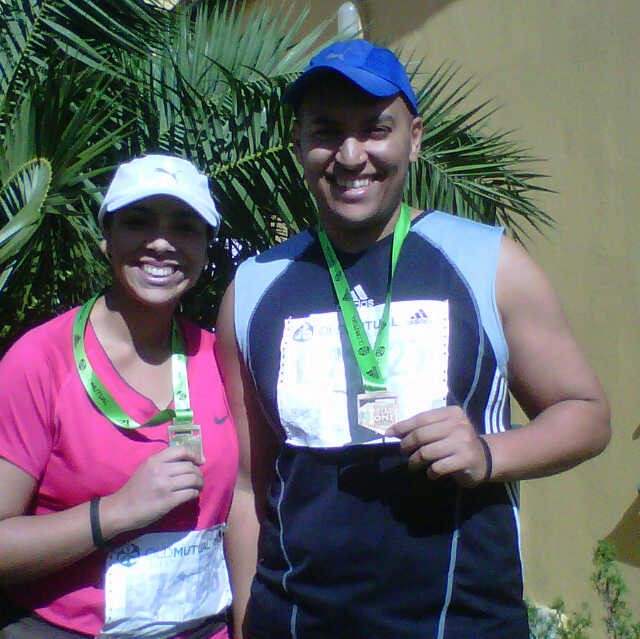