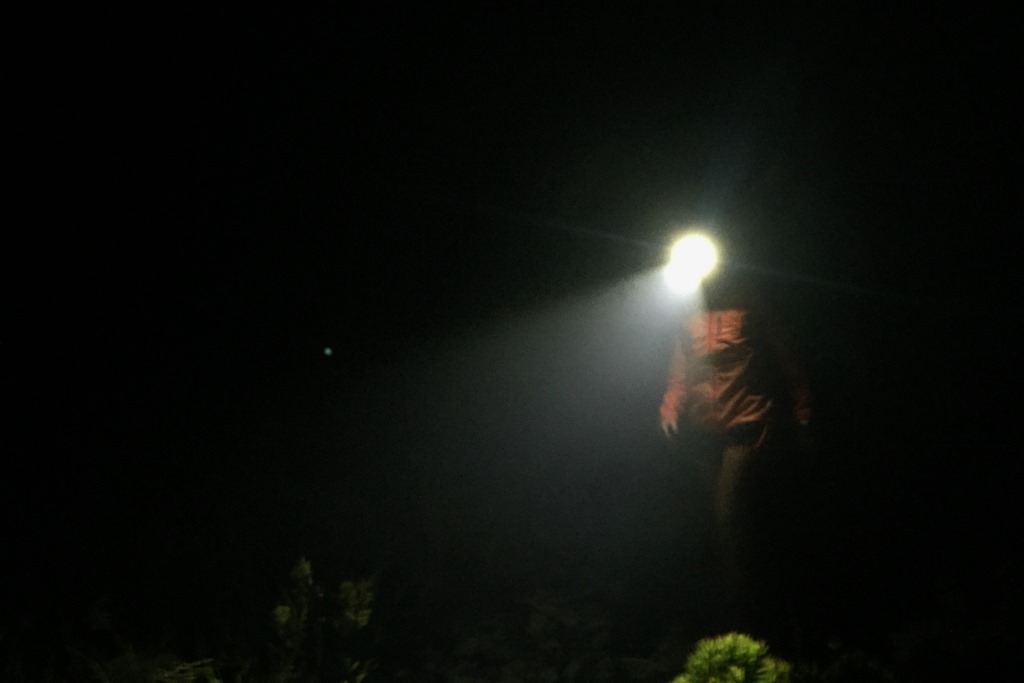 There’s something about running in the mountains at night. It’s definitely not the most obvious place I would’ve guessed my trail running progression would take me, but here I am strapping on a headlamp and getting ready to chase that bouncing spot of light up Devil’s Peak, Table Mountain and Lion’s Head. It’s just me and about 100 other nutters getting ready to spend our Saturday evening getting smashed in the face by gale force winds, ignoring cramp and the pain of those long climbs, all while trying to stuff enough jelly babies in our mouths to make it all seem okay… Yep, it’s Batrun 2017 time! 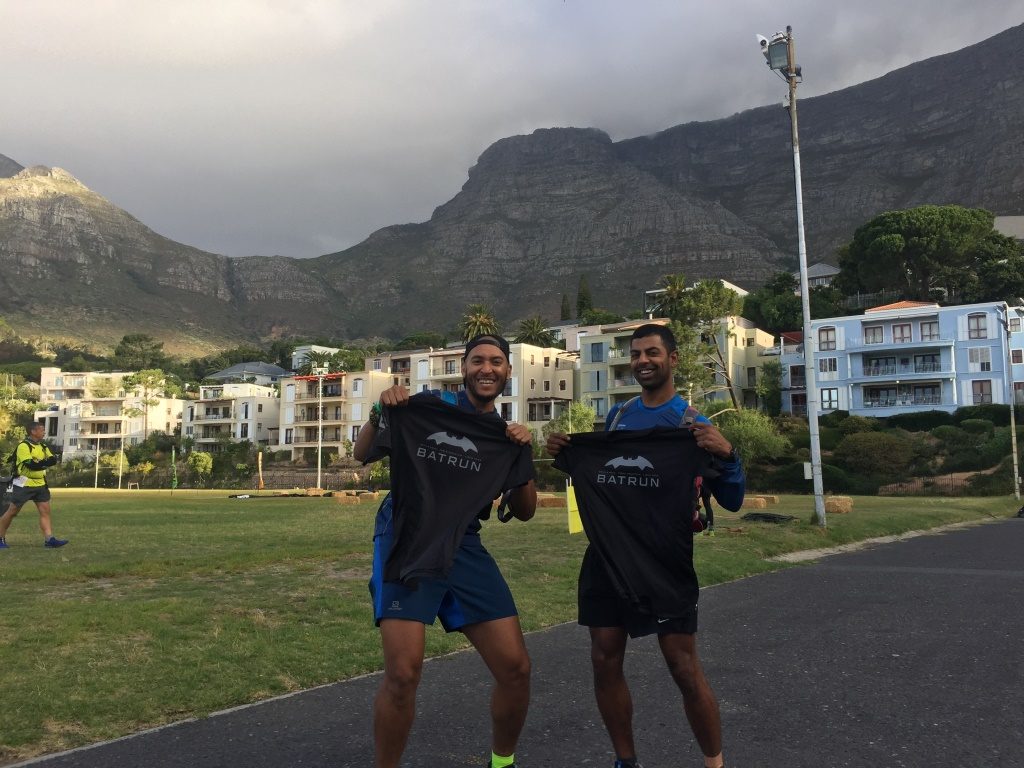 Zaheer and I getting ready to earn our Batrun tees

Let me start by saying this…I fucking hate this race.

Why am I even doing it again?!? Wasn’t it enough that I had a near death experience (exaggeration) the first time I ran it in 2015. Let’s not forget the busted ankle and 6 weeks of rehab earned while training for the 2016 edition.

I’ve had a score to settle with Batrun that’s been coming on two years now. But, I’m no fool. As the saying goes, “You don’t conquer a mountain. If you’re lucky enough, the mountain gives you a chance to stand on the top” and here we were heading for three of them.

I honestly believe that I’m a completely different runner from the noob that entered on a whim in 2015. I’ve done the recces, I’ve put in the required hours of training, I’ve even tapered for the last two weeks and dodged a couple of close calls (i.e. ankle sprains). I’m ready

Batrun Recce 01 was just superb 👌 It was kaaaaaaaak difficult summiting both Table Mountain and Lions Head at night, but it definitely revealed some weak areas that I need to rethink as part of my training. I love this race 😍 #leavethecouch #mountainmissions #Batrun2017

Except, I wasn’t really.

I got my ass handed to me on Platteklip Gorge in a spectacular bonk after running my personal best Devil’s Peak descent. Did I start out too hard? Was my nutrition right? Why the fuck am I cramping so early?!? 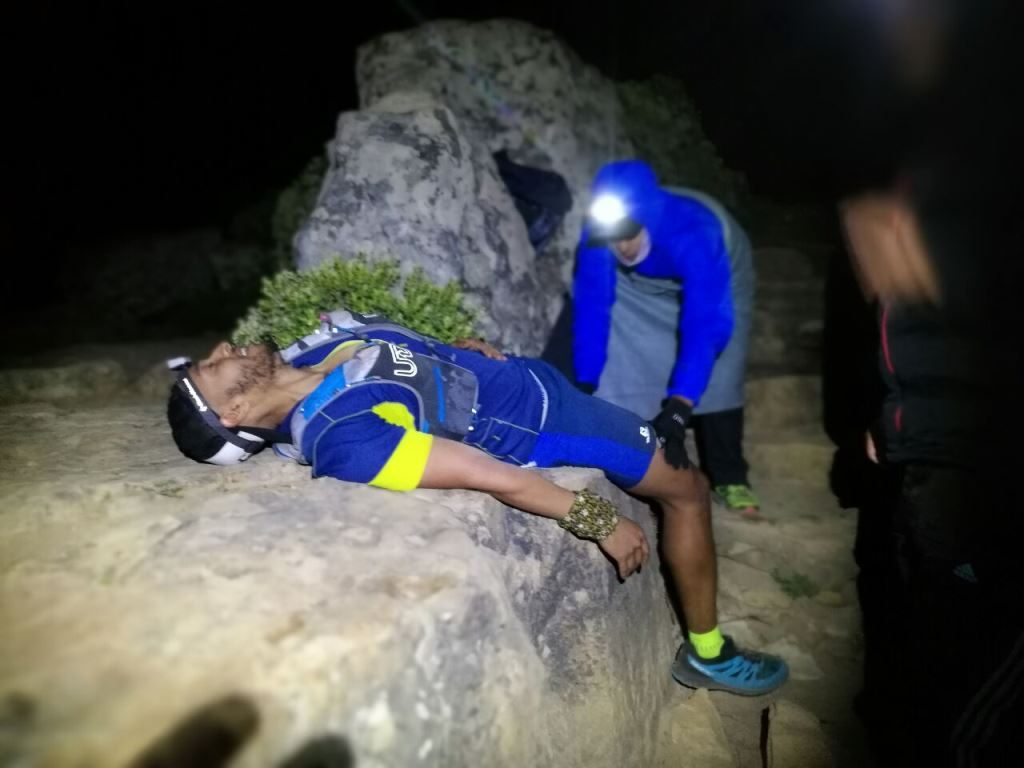 Barring the elites, us Average Joes would need to be mentally tough to withstand the 5 to 8 hours getting pummelled by Mother Nature. Check Rae Trew-Browne‘s video of what Devil’s Peak was like on the night:

There are no medals for this race. Who even needs another random chunk of metal to throw in a box. At Batrun you earn the right to a war story of your own making. You crawl, you slip and fall, some even shed a tear. You think about good times, go to your happy place and you promise yourself that the Steers burger at the end will be worth it as you trudge along.

When I finally made it to Maclear’s Beacon and sat my depressed ass down on a rock, I looked down at my watch and came to the realization that my goal time of sub 6hrs was almost completely gone. At that exact same time as this thought went through my head, one of the Aid Station volunteers chirped me, “It’s because you spent too much time on the couch”.

Really?!? You are going to use my own blog’s title against me. Oh no sir! Oh no!

I didn’t say anything. I just got up from my pit of sorrow, smiled (while mentally flashing the dude the middle finger) and off I ran.

I was so pissed that I ran a PR from Maclear’s Beacon to Platteklip lol – I probably need to thank the Aid Station crew, they know just what to say. It was then all about resisting the wind pushing me down Platteklip Gorge too fast and in no time I checked in at the Tafelberg Road Aid Station. A quick bowl of pasta, some chirps to Lance and then off to Lion’s Head.

I had 2 hours to make it from Platteklip, summit Lion’s Head and return to the start. It’s doable, but it was going to be tight in my current condition.

An hour later I checked in at the summit of Lion’s Head and was greeted by my homeys from the Pledge a Kay crew who hooked me up with what was probably the best tasting mango juice ever! A quick spot of kak praat and some pics and I hobbled off with 50 minutes left. 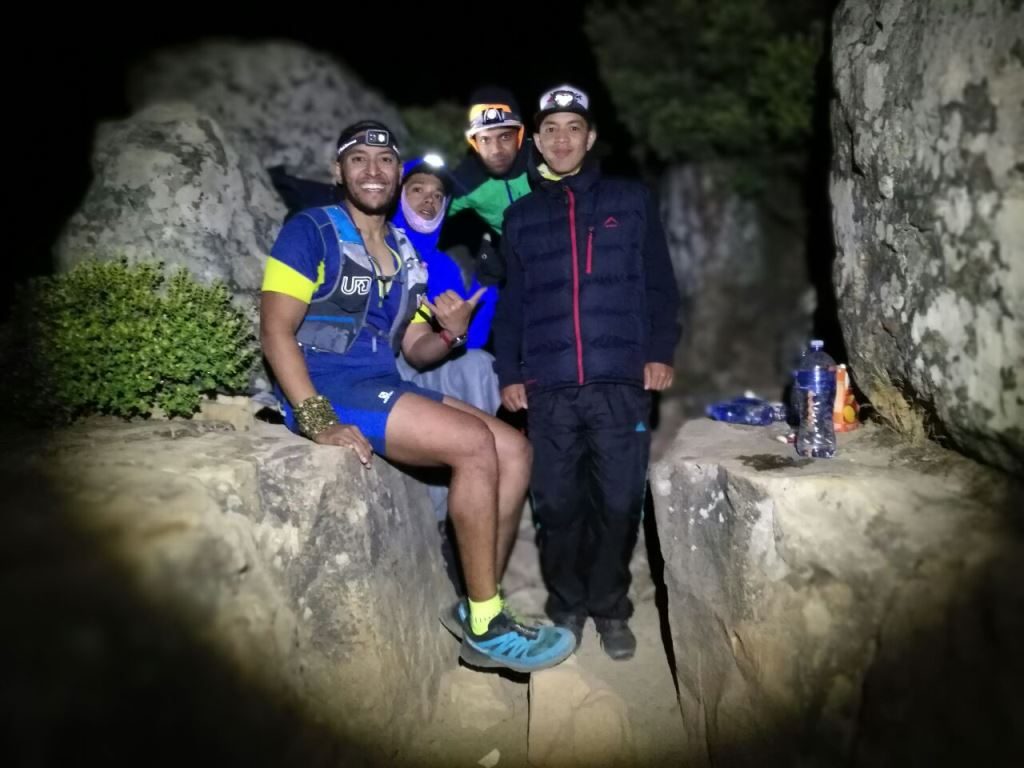 After a final painful descent, I clocked in at the boom to Deer Park with 20 minutes left on the clock to sub 6hrs. Spurred on by Peej, I went for those last 3kms. The downhills were fine, but as soon as I turned the corner to start the last of the uphill sections that gale force wind wouldn’t have it and sandblasted my face – the mountain giving me one last fuck you!

I think at that point I knew it wasn’t going to be my day so I just sat back and enjoyed the last moments of what was again an epic mental and physical battle. It also didn’t help that I took a wrong turn and ran an extra kilometre after Deer Park, but such was the night as I crossed the finished line for my well-earned Coke 🙂

Although I missed out on my goal time by 11 minutes, I was still stoked to have taken 2hrs off my previous time – plus this new version of the race is 8kms longer. I have definitely evolved as a runner over the last two years. Thanks Batrun – I really needed that.

It’s two days later, my legs are still toast, but the one thought I can’t stop thinking about is “What do I need to do differently for next year’s race”…