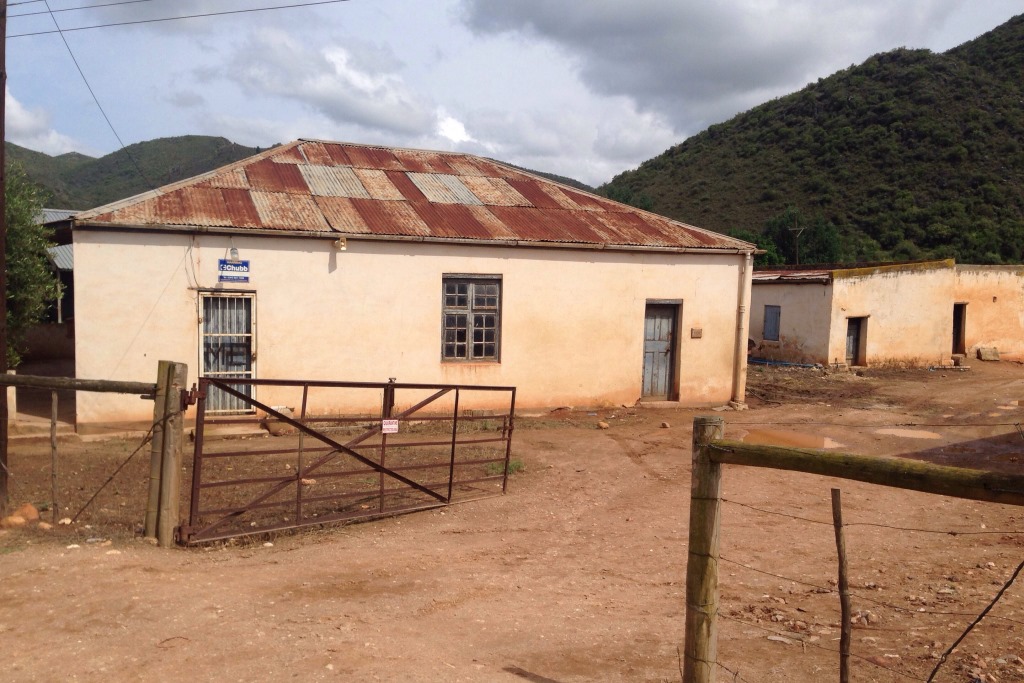 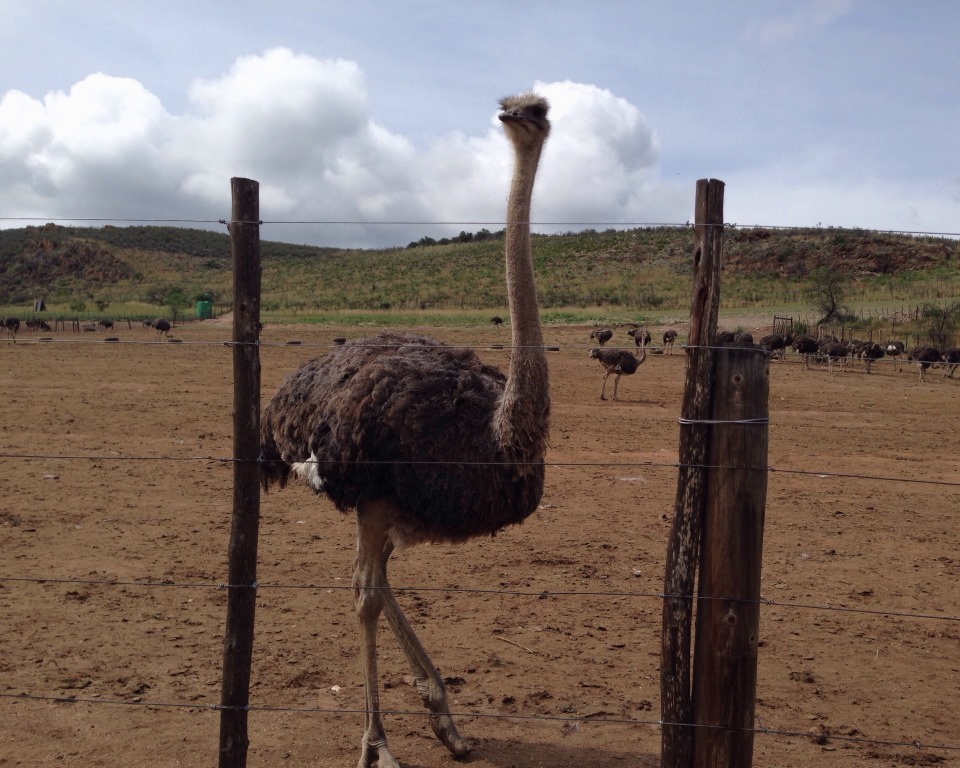 This was new territory for me. A third day in a row on the trails with some pretty tired legs facing 22kms of fast paced running through the Klein Karoo.

The previous day’s running was rough, but (on the bright side) the worst was over and the weather was clearing nicely. Gathering at the start, in the Rust en Vrede Waterfall Parking Area, you couldn’t help overhearing all the war stories from the previous day. 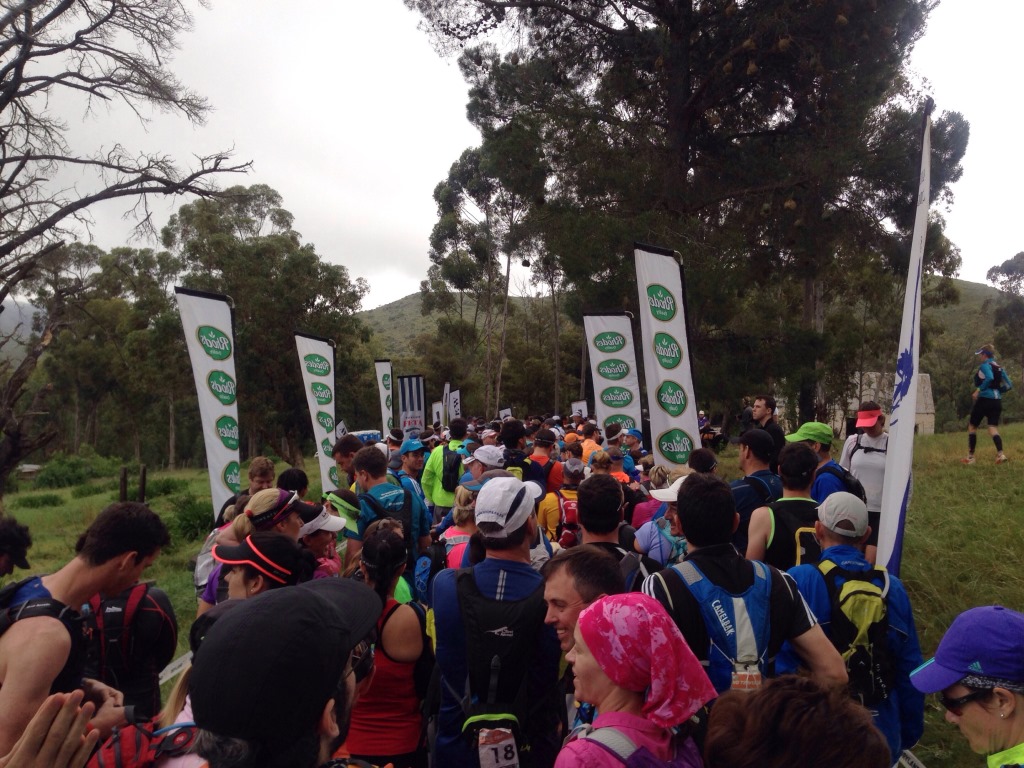 No sooner had we leapt from the start, after a short climb, we were winding our way along old quad bike trails and out onto jeep track towards the Raubenheimer Dam. The Dam itself was gorgeous and in no time we were approaching the first water station. 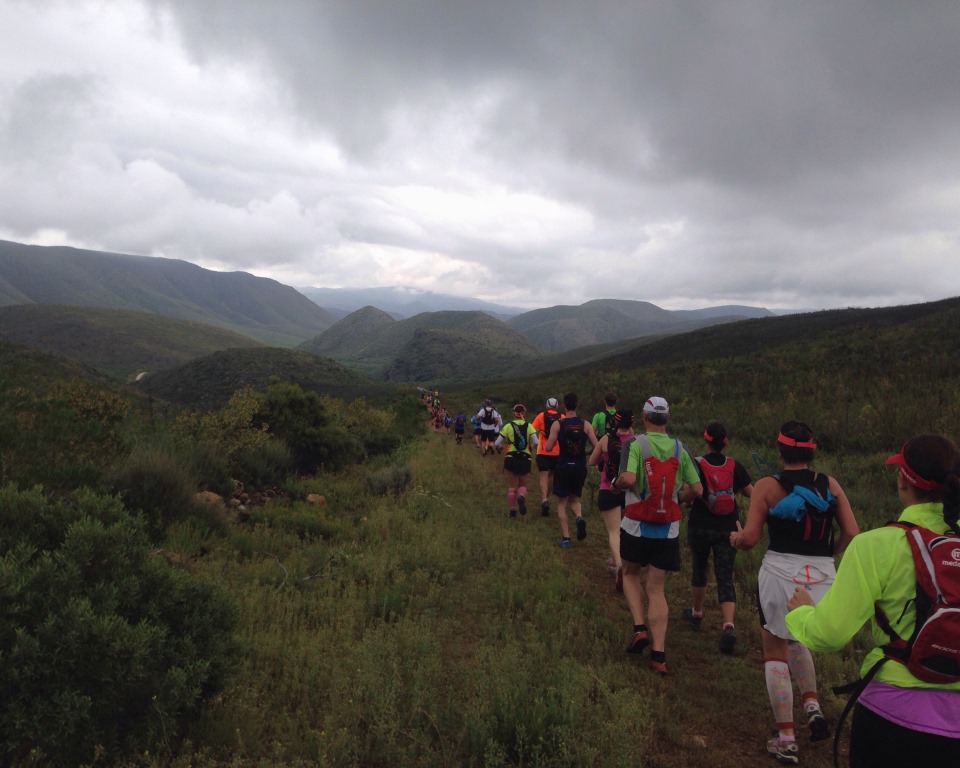 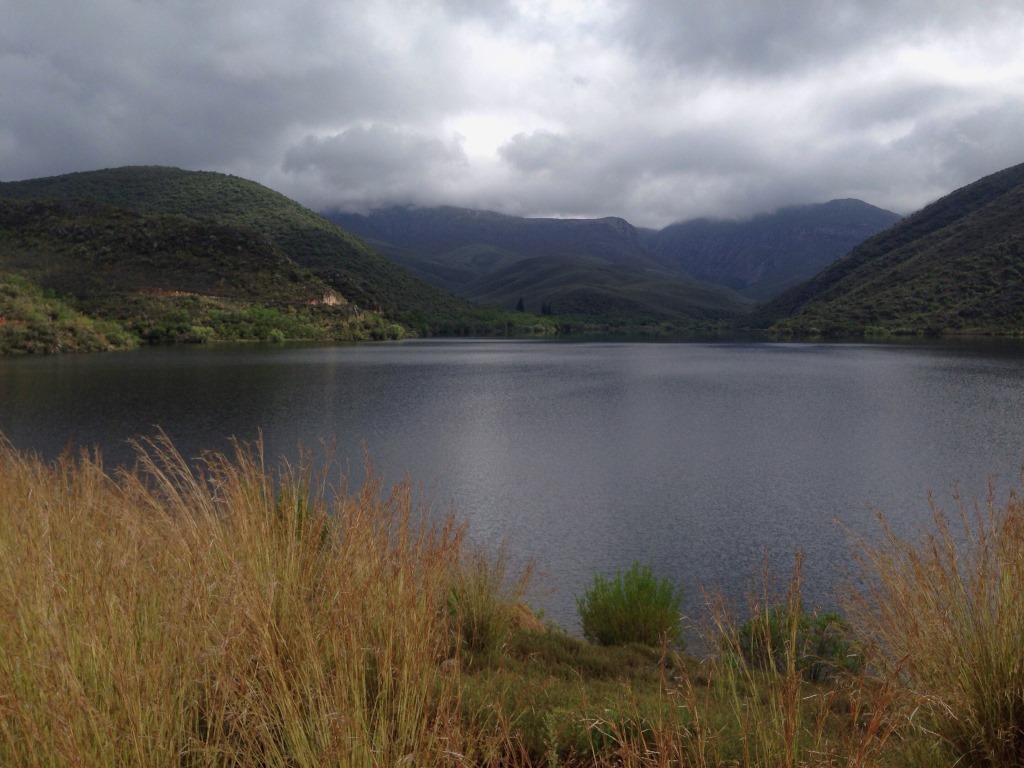 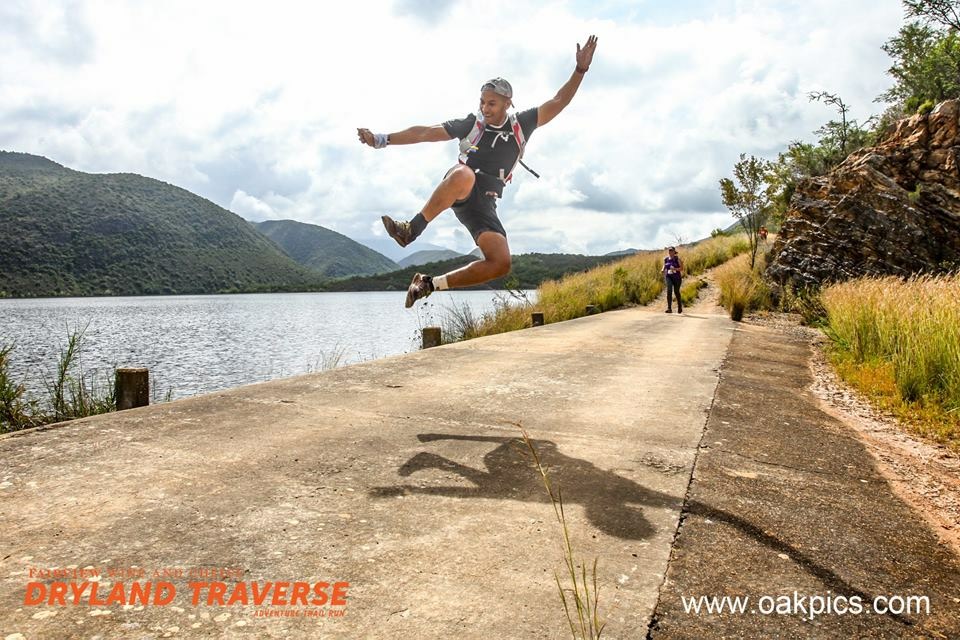 The pace was much faster than the previous two days and we were notching up the kilometres quite quickly on the flats.

A kilometre long climb followed the first water station – our first test of the day. 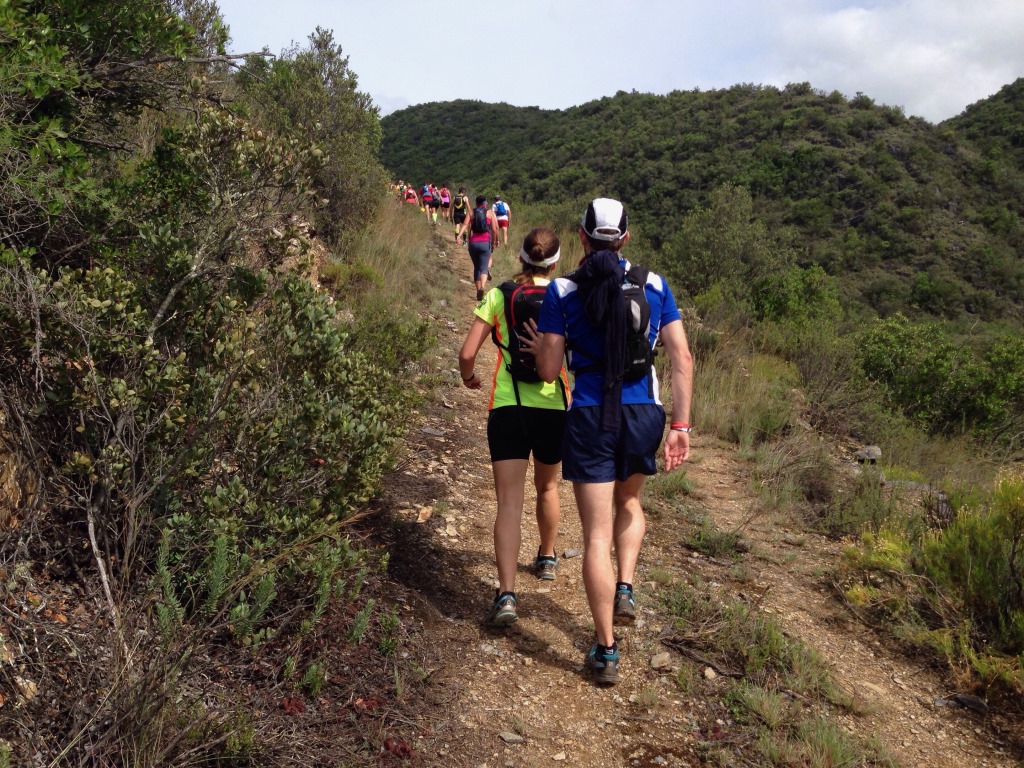 After dancing along a rocky descent we entered the secluded farming community of De Kombuys. The majority of the route through this section was on dirt farm roads passing ostrich, cows and sheep farms – just your average day out in the Klein Karoo. 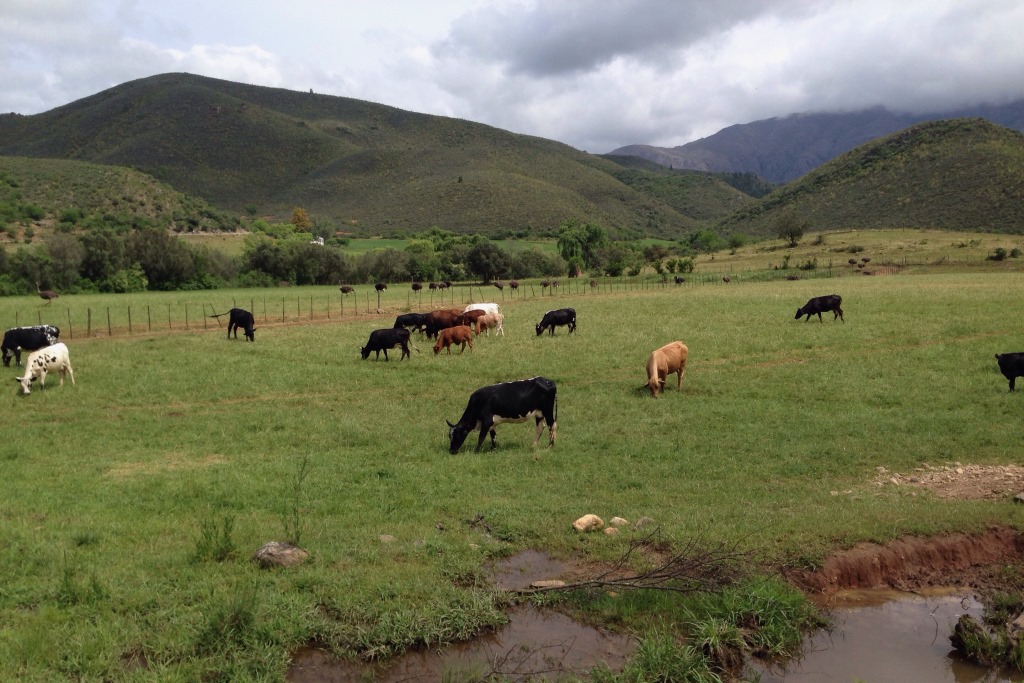 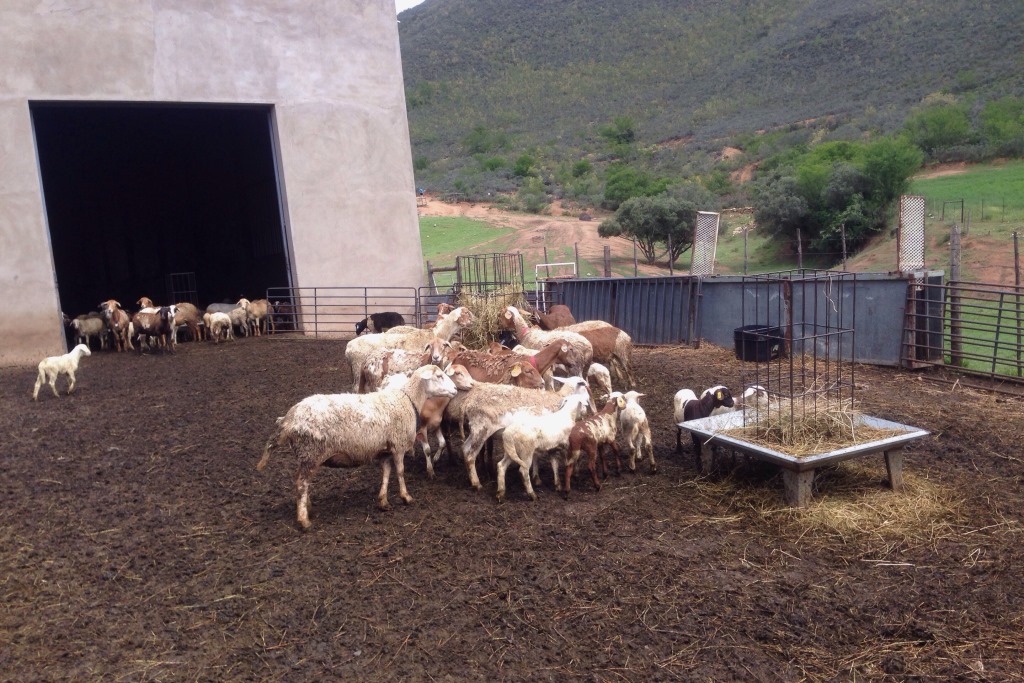 There was very little shade and you felt it as the temperature started to rise. A steep climb affectionately known as “The Swearing Hill” leads you out of De Kombuys. At the top of this hill you’ll find Race Director Bernard Le Roux welcoming each participant to unleash their true feelings in a once-off swear-fest 🙂 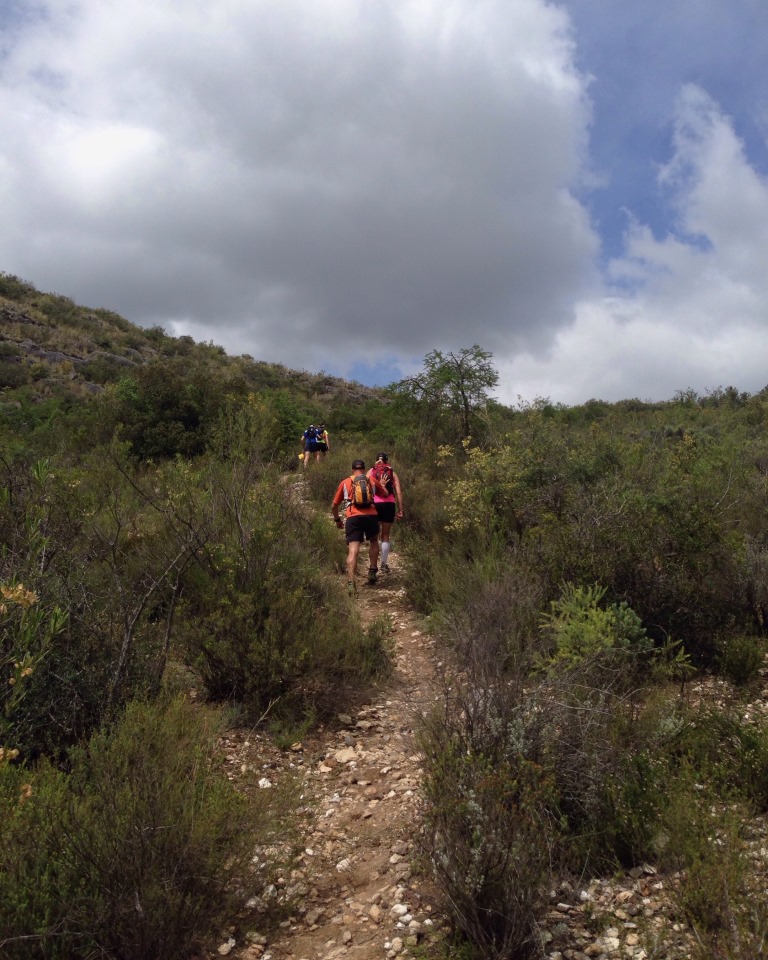 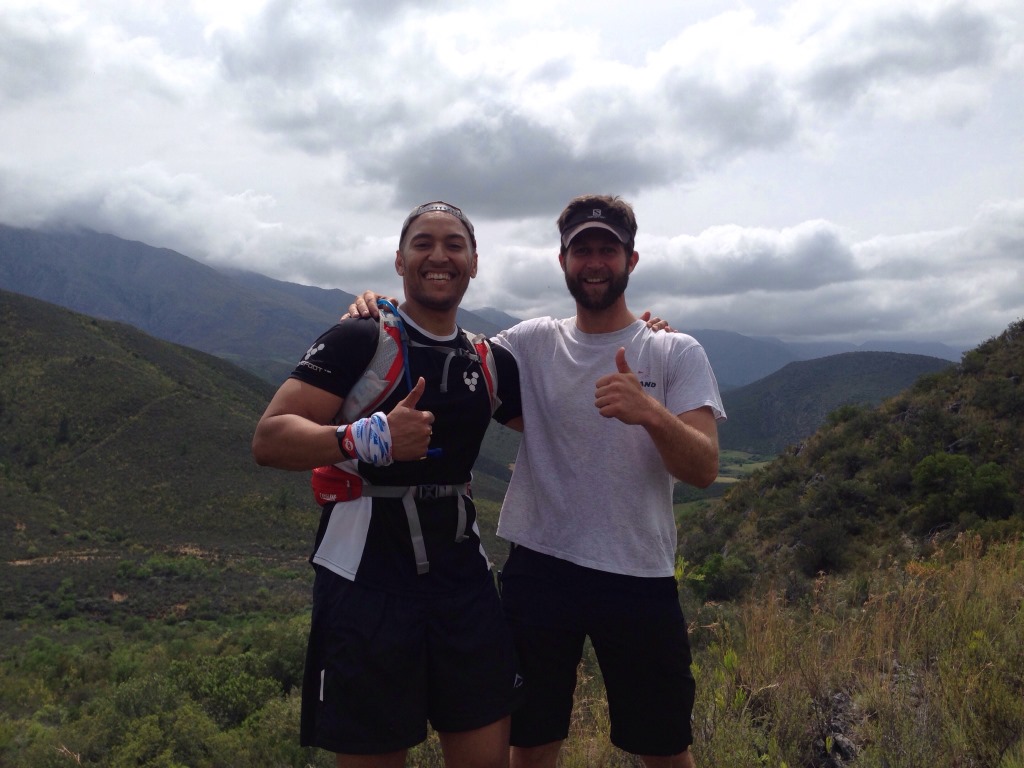 Another 2kms of undulating running was left to reach water station 2 just outside the Cango Caves.

By now the heat was on as the temperature had risen significantly. Some much needed cooling off at water station 2 was a godsend. It got my vote for best aid station of the weekend purely because of the sliced watermelon on offer – yummy! 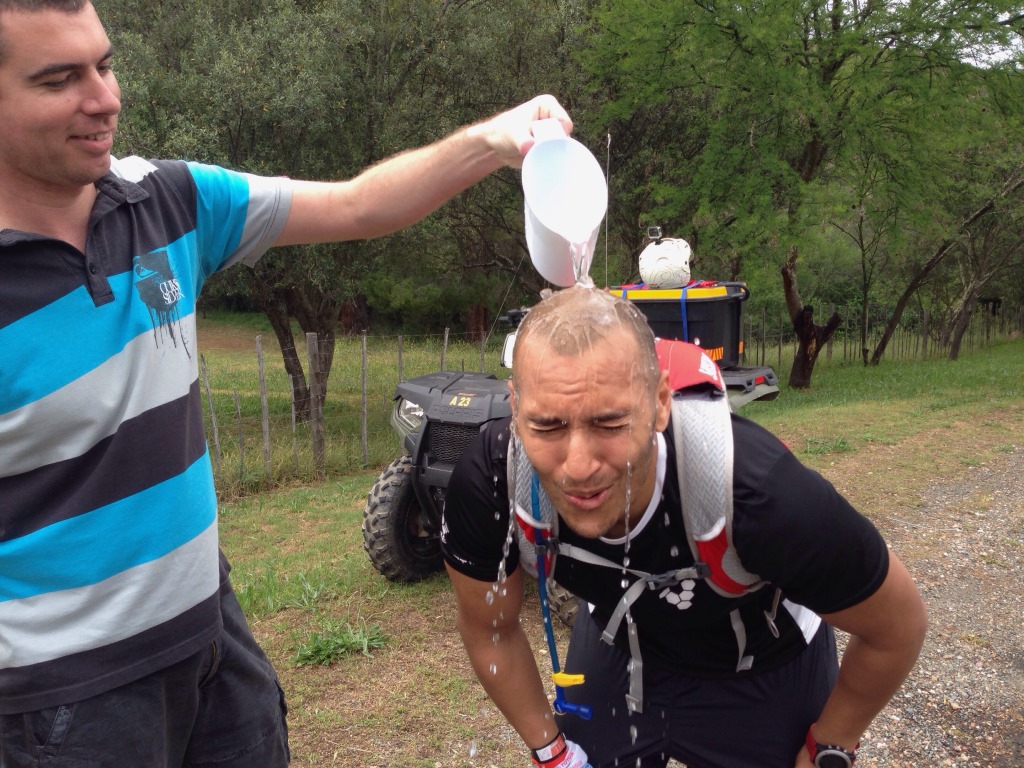 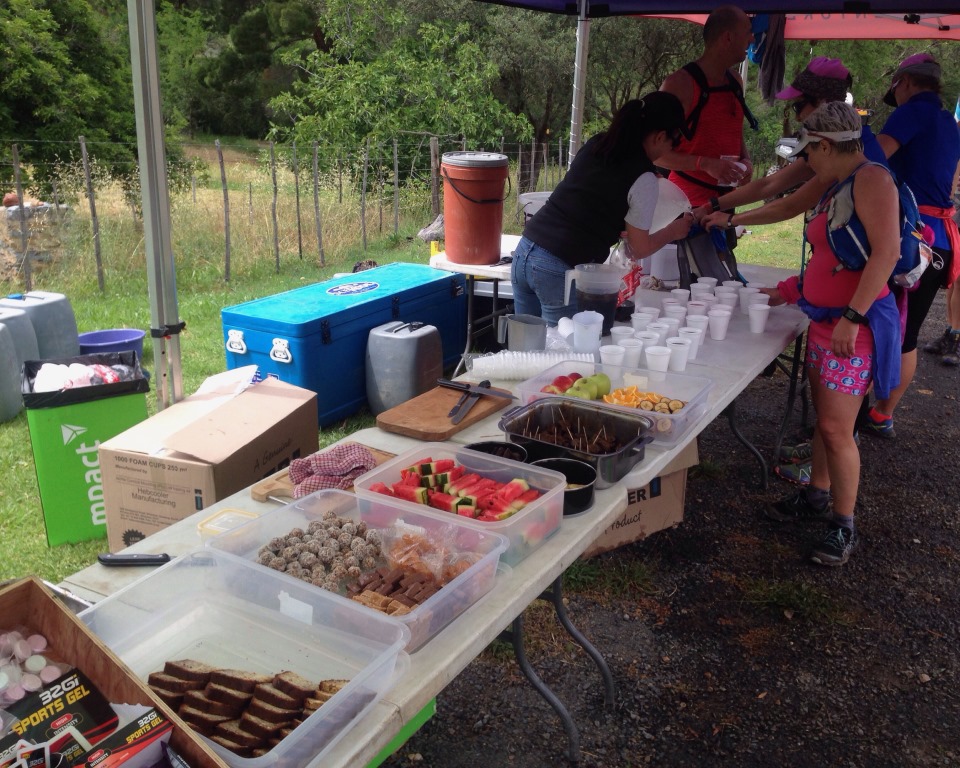 From here it was the familiar 7km trail which we had followed back to De Hoek during the Prologue. During those last few kilometres on tired legs, there was a tremendous gees building among the runners with each one sharing an encouraging word in passing on the way to the finish at De Hoek.

Some much needed recovery was in order with a few Steri Stumpies, a refreshing dip in the pool and a nap before the 80s party that evening. 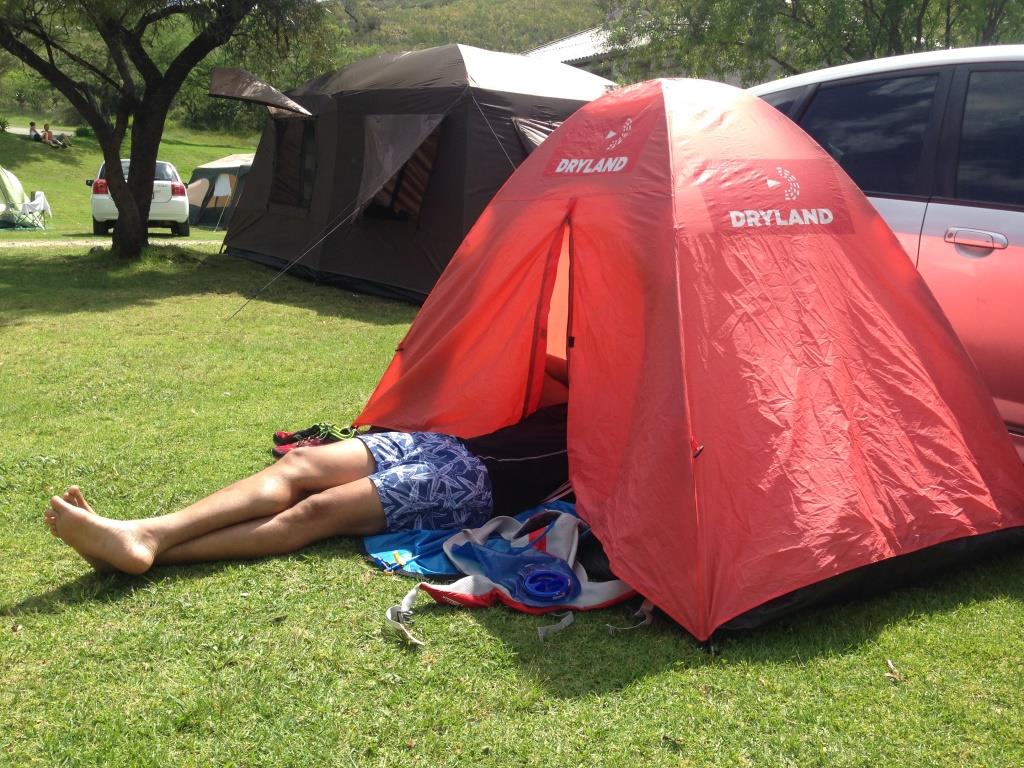 Tired legs from three days of running seemed all forgotten by the time the DJ dropped the Village People’s Y.M.C.A. 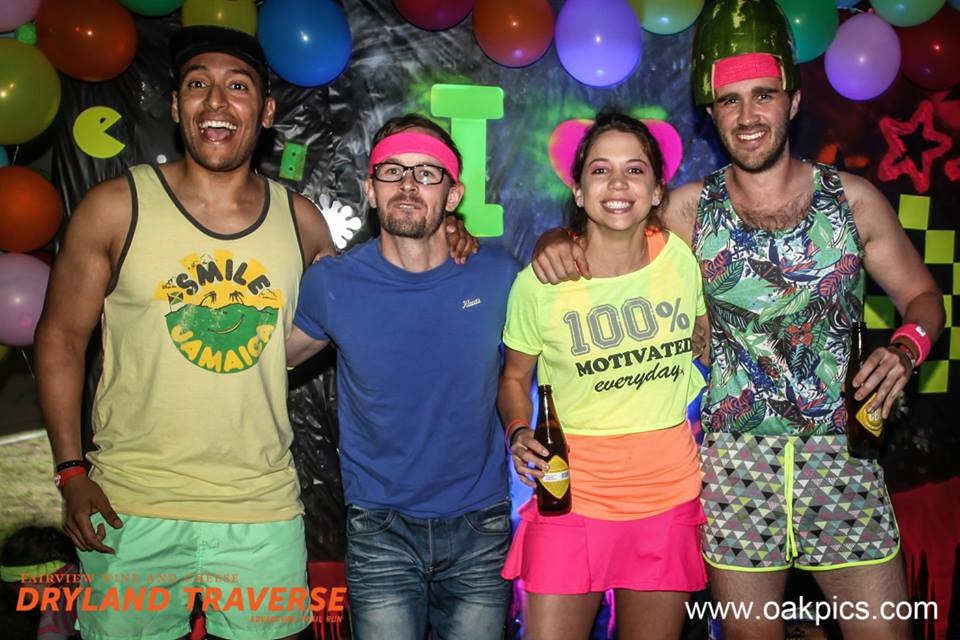 Let it be said that trail runners know how to party! 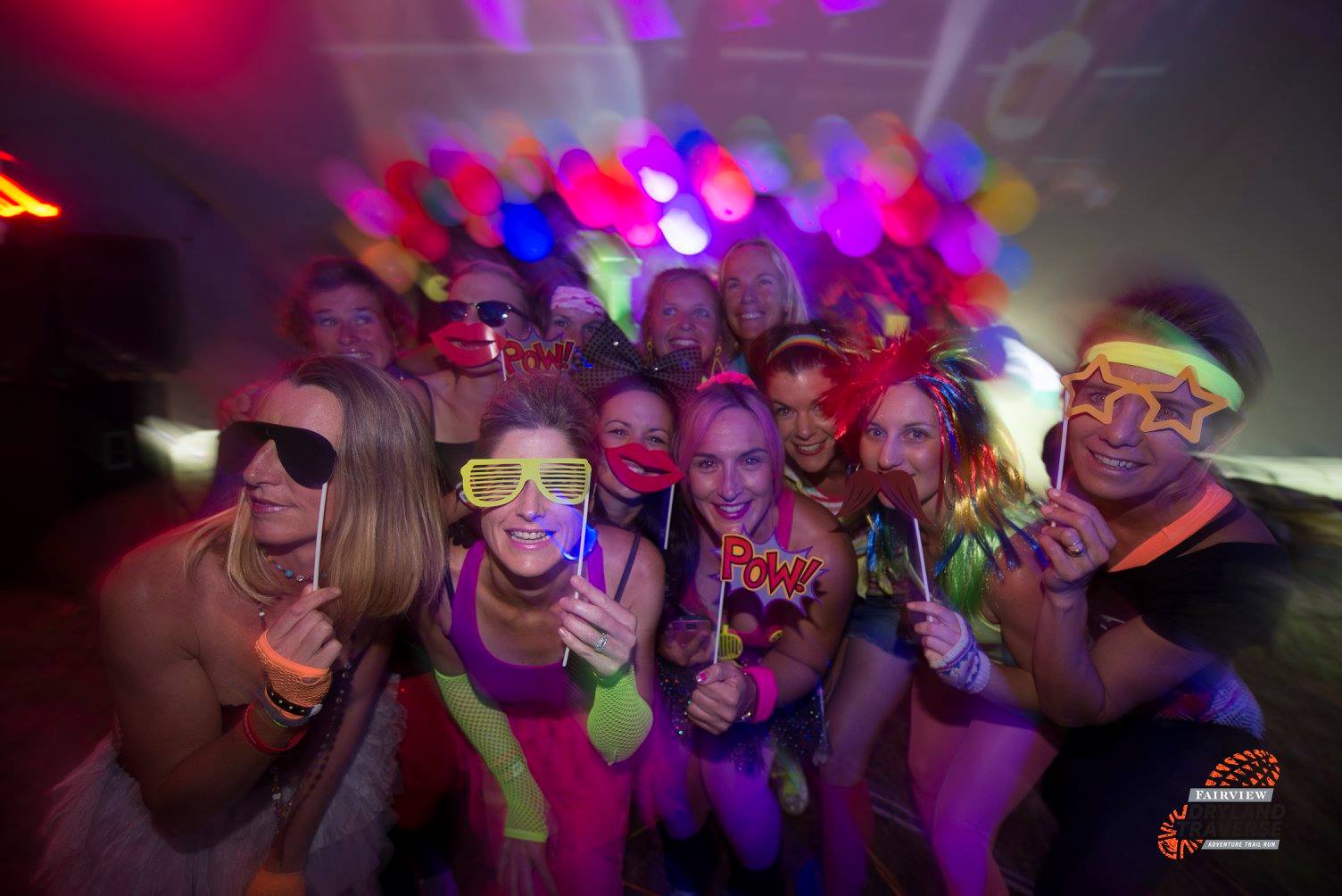 Have you taken part in the Fairview Dryland Traverse and lived to tell your tale? Feel free to share your comments below.

For all related posts, click on the links below: