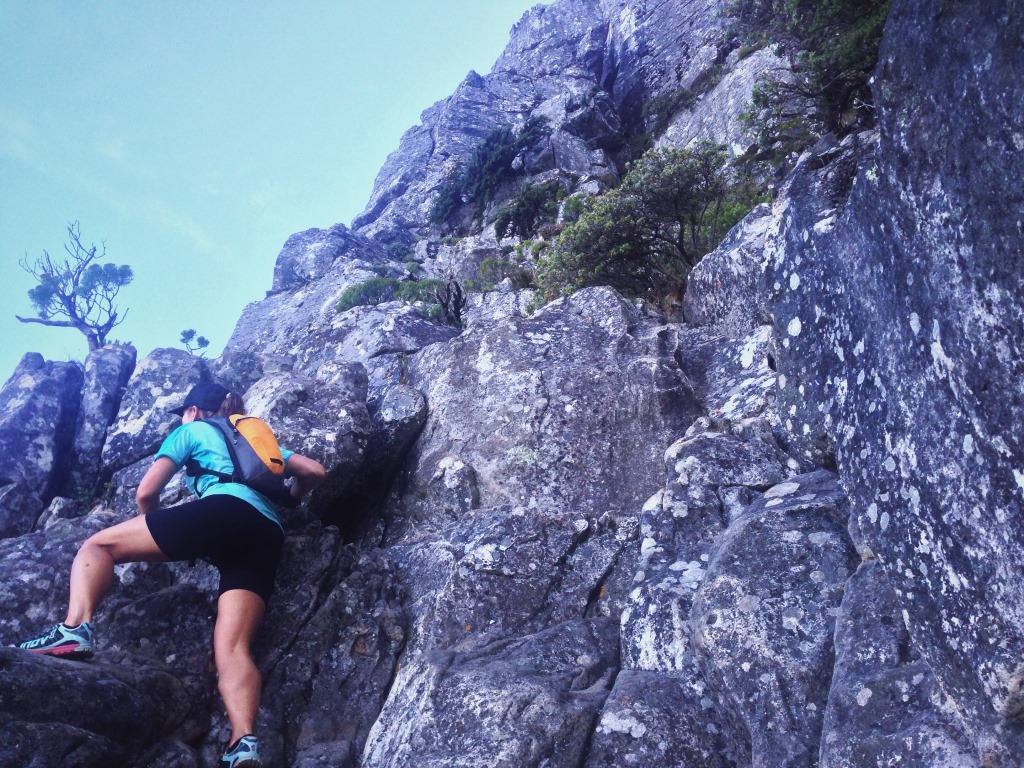 Eight hours in the mountains, licking rocks, drinking from streams and swimming in dams – that was one helluva LSD…

Earthing or grounding is a practice which claims to provide health benefits as a result of being in direct physical contact with the ground. When you head out onto Table Mountain for an 8 hour LSD, you are sure to get grounded.

It was also the first time that I’d be meeting Donnie, and a long run was the perfect way to get to know someone.

Tammy, Donnie and I started from a dark Newlands Forest at 5am. A few short-cuts across the trails and we hit the boarded area of the Contour Path. 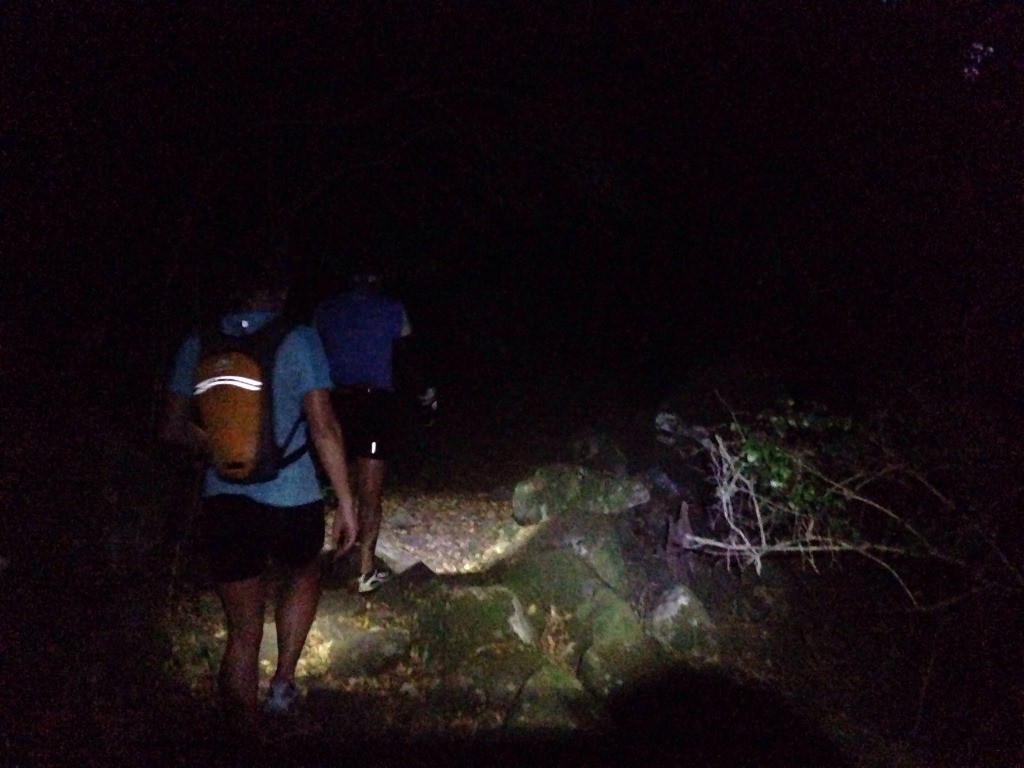 The plan was to climb Newlands Ravine, rejoin the Contour Path below Devil’s Peak (via the Saddle) and then run over to India Venster. After India Venster, we would then run to Maclear’s Beacon, follow Smuts Track to the Hely-Hutchinson Reservoir, descend via Skeleton Gorge and then back via the Contour Path to the car park at Newlands Forest. In a nutshell, klap every landmark on Table Mountain – I’m gonna need to pack my power bank 🙂

The sun was rising when we hit Newlands Ravine with pinks, yellows and blues streaking across the sky. 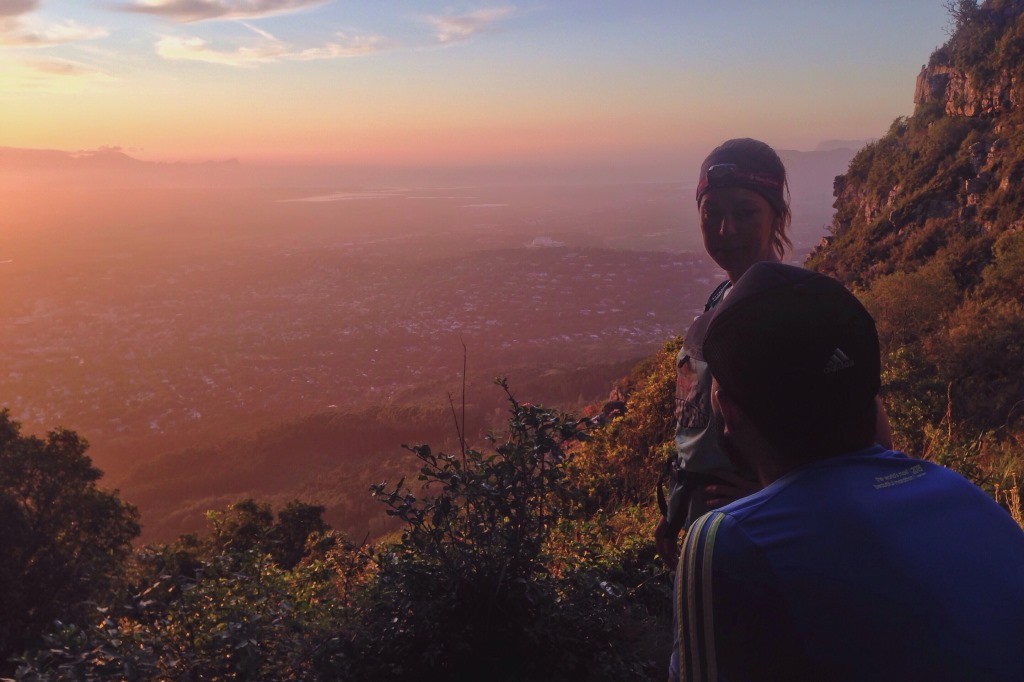 We had exchanged the initial pleasantries by the time we reached the top. On the way down from the Saddle is when Donnie started breaking out his stories of events and races past – aka the good stuff

Although the trail running community in Cape Town is relatively large, the numbers of experienced runners who’ve done the longer distance events are low. The stories from Donnie were welcomed as you don’t often run with people who can share details from races as well as valuable training tips. 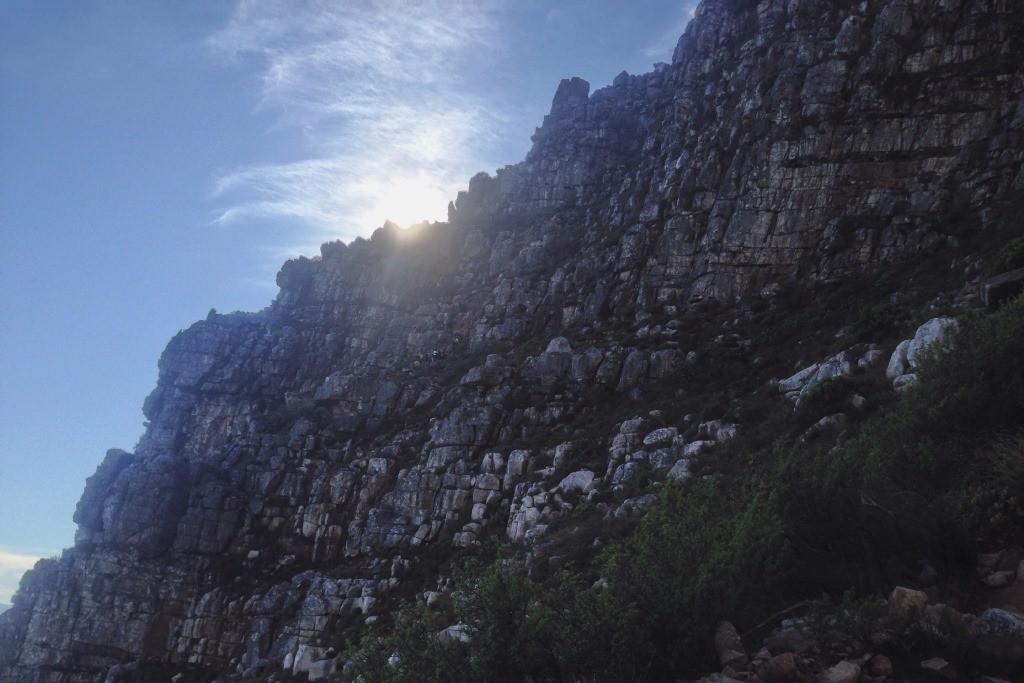 The scrambling sections on the India Venster route are not the simplest. So when you see a barefooted hiker making their way to Kloof Corner Ridge via the same route (that you just managed to psyche yourself up for) then your definition for hardcore quickly gets re-evaluated! 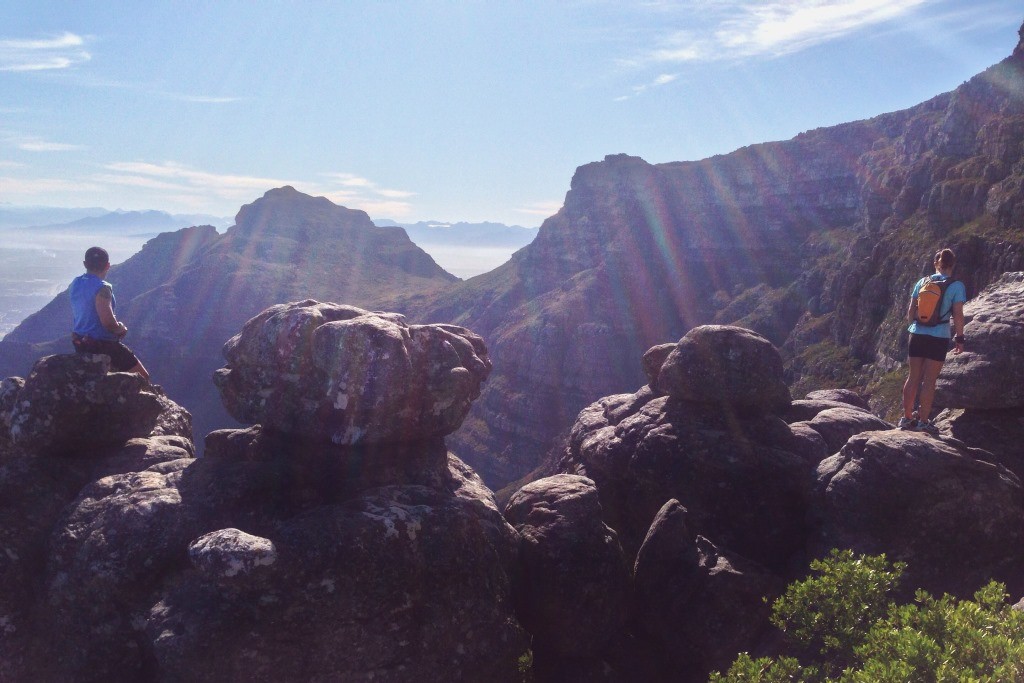 He introduced himself as Phakamisa and regularly hikes barefooted. Ascribing to the Earthing school of thought, he believes in the idea of regular separation from our reliance on digital devices and heads to the mountain as a retreat. I’m sure our paths will cross again 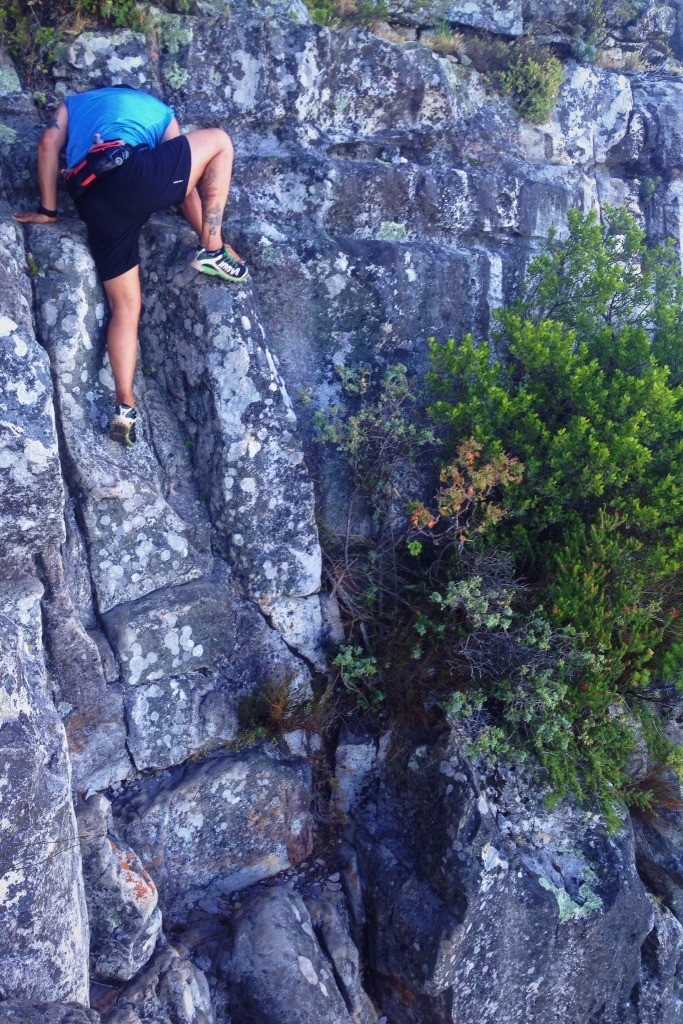 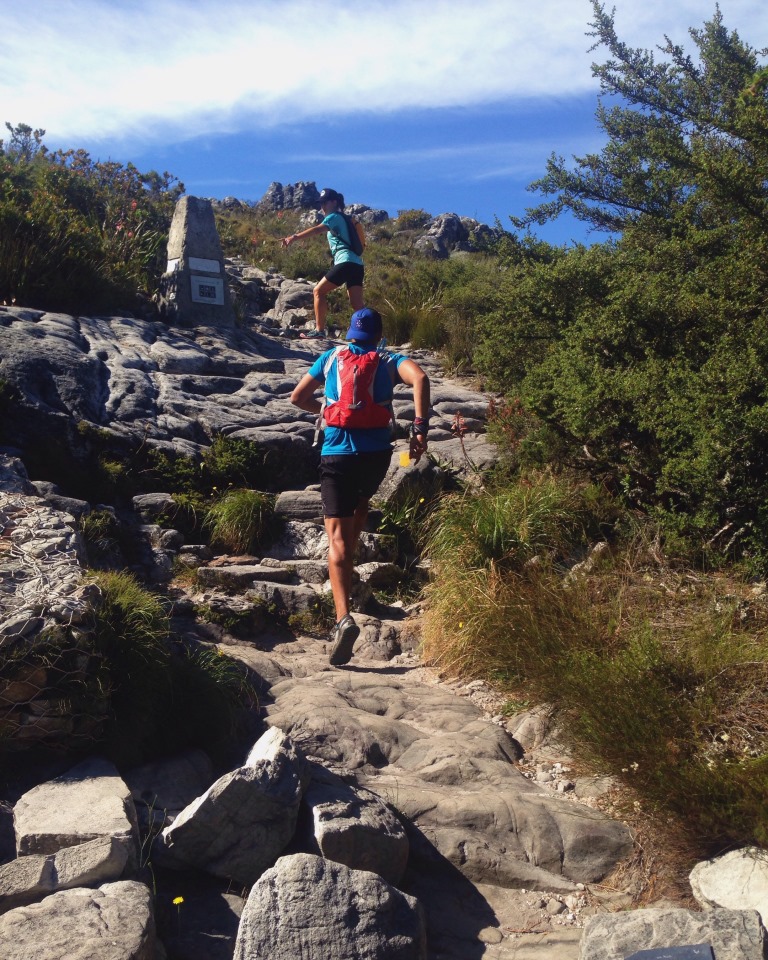 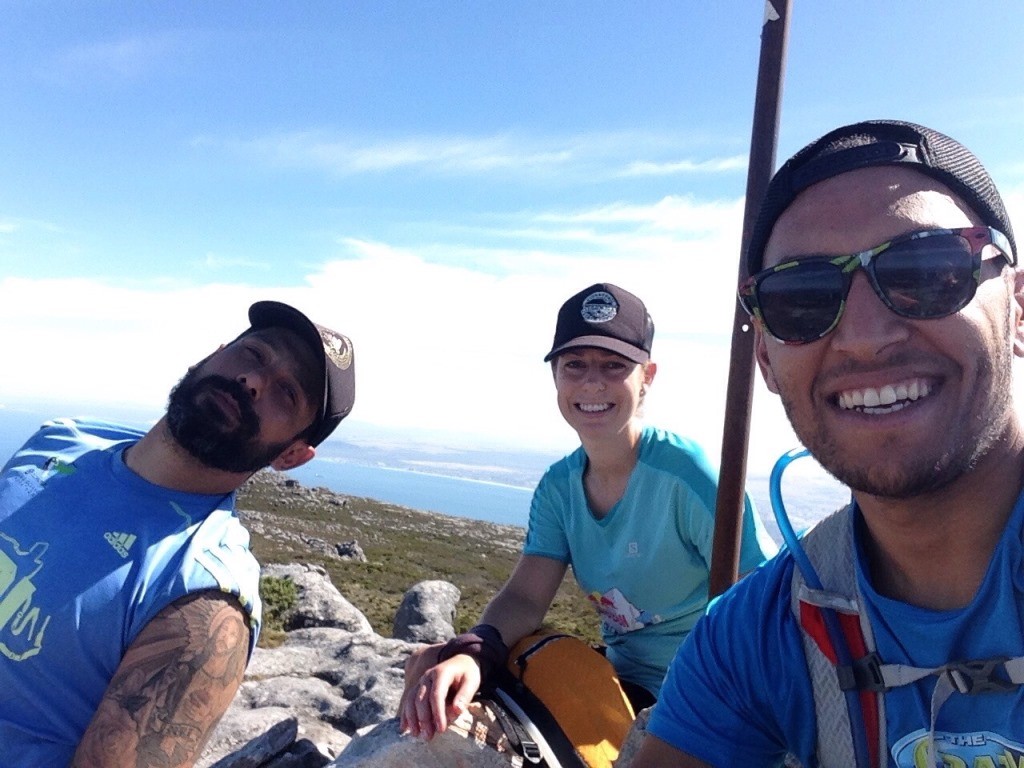 After tagging Maclear’s Beacon, we followed Smuts Track to the dams. I’m not sure if we could blame prolonged exposure to the sun, but while breaking on Smuts Track, the question came up of “What the rocks would taste like”…

Now at this point the weird alarm should’ve been going off in my head, but maybe the long run was playing some tricks on my better judgement. Before I knew it, I was joining the others in some rock tasting – face-palm moment lol

And… It tasted like dirt. No surprises there lol 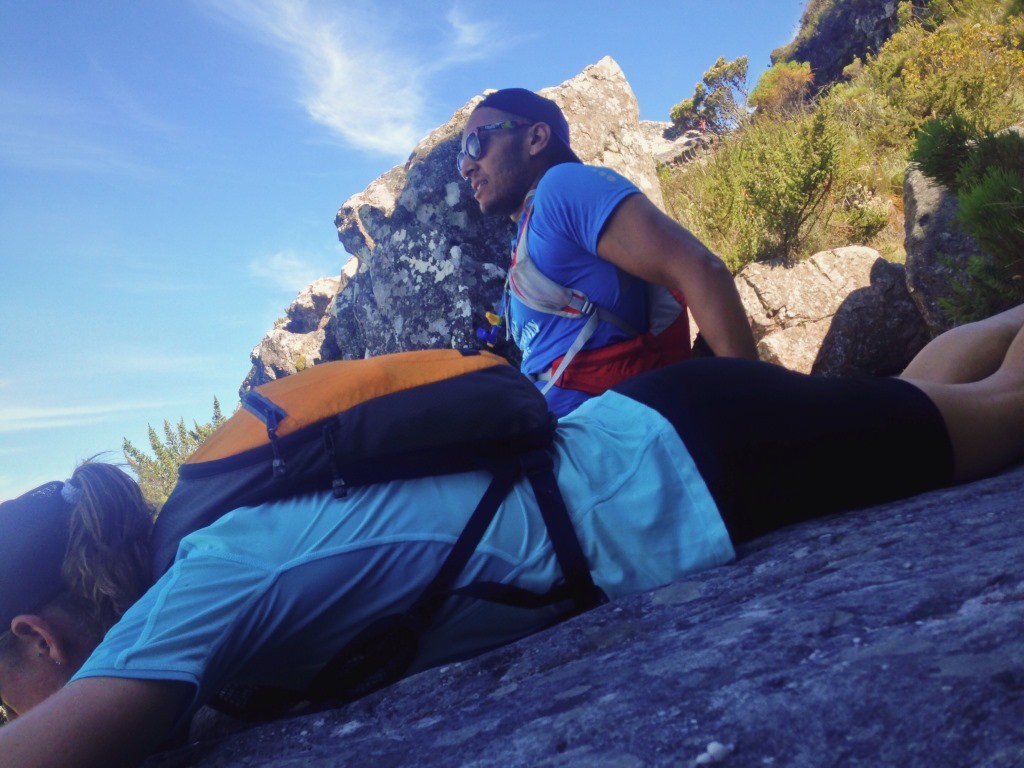 With my own Earthing initiation now complete (I was so sure that I was being Punk’d), we took an extended break at the Hely-Hutchinson Reservoir including a swim and some snacks. 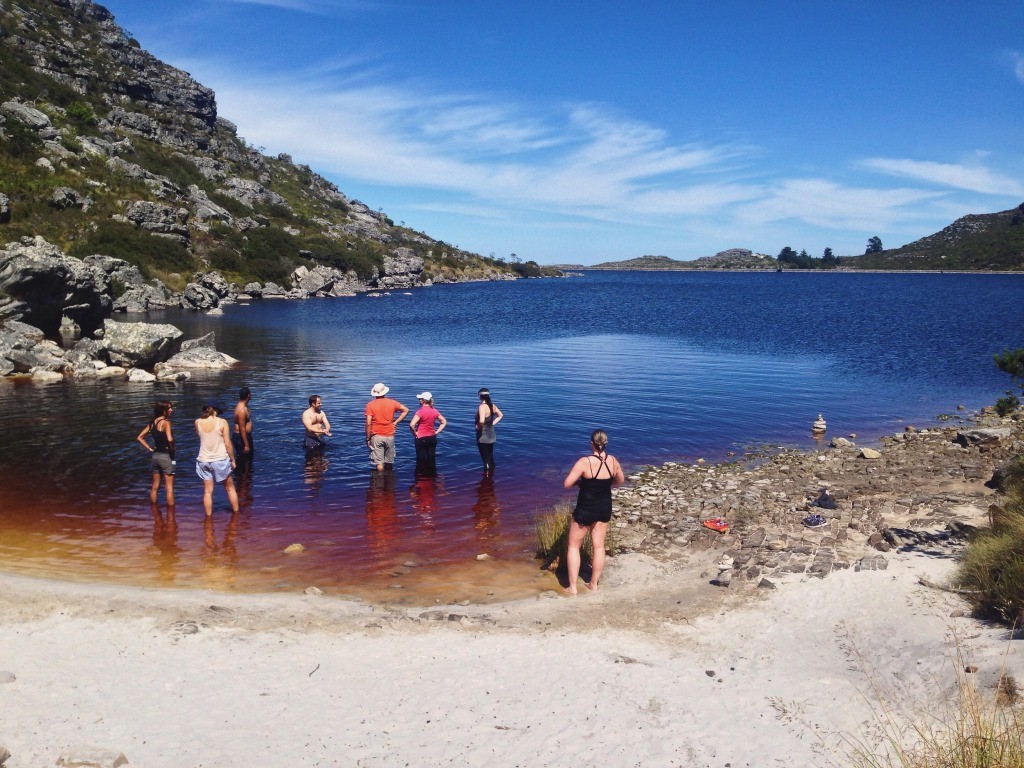 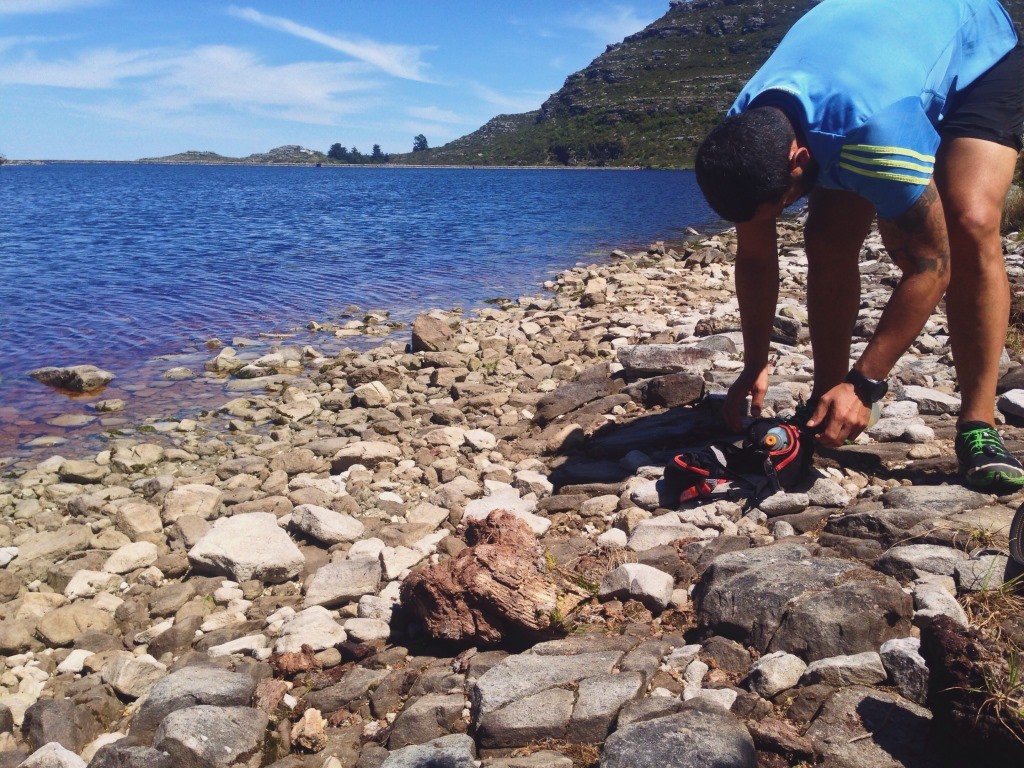 A tricky descent down Skeleton Gorge (I slipped and cut my left thumb), then a quick run back to Newlands Forest along the Contour Path and we were back at the car park. 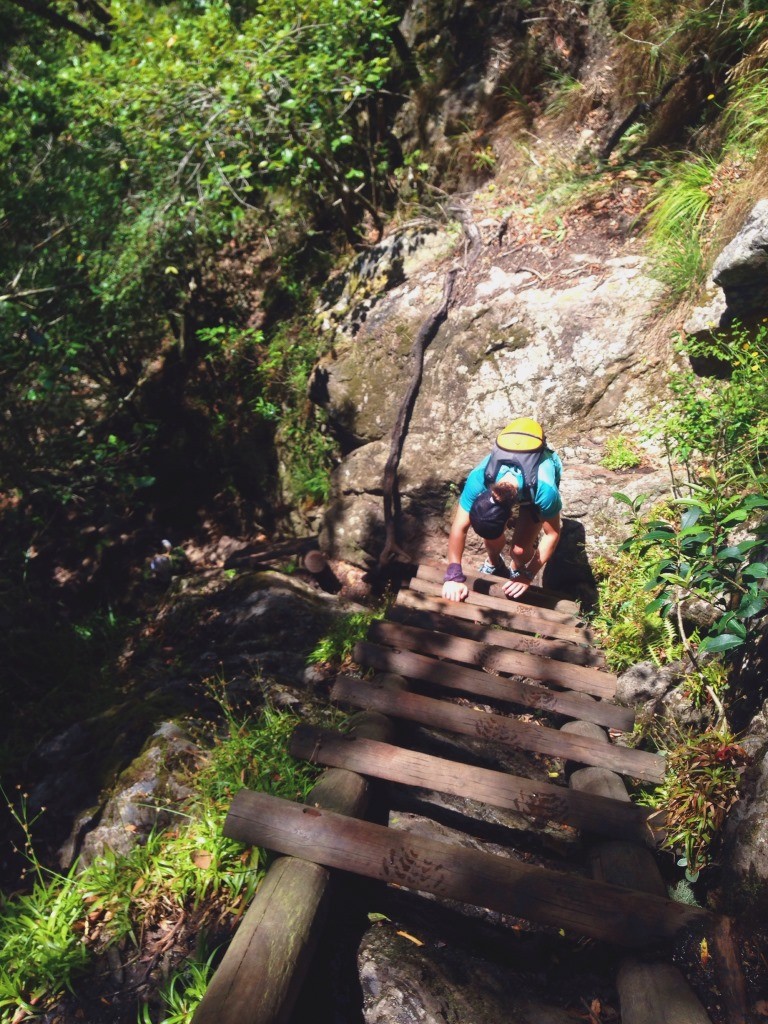 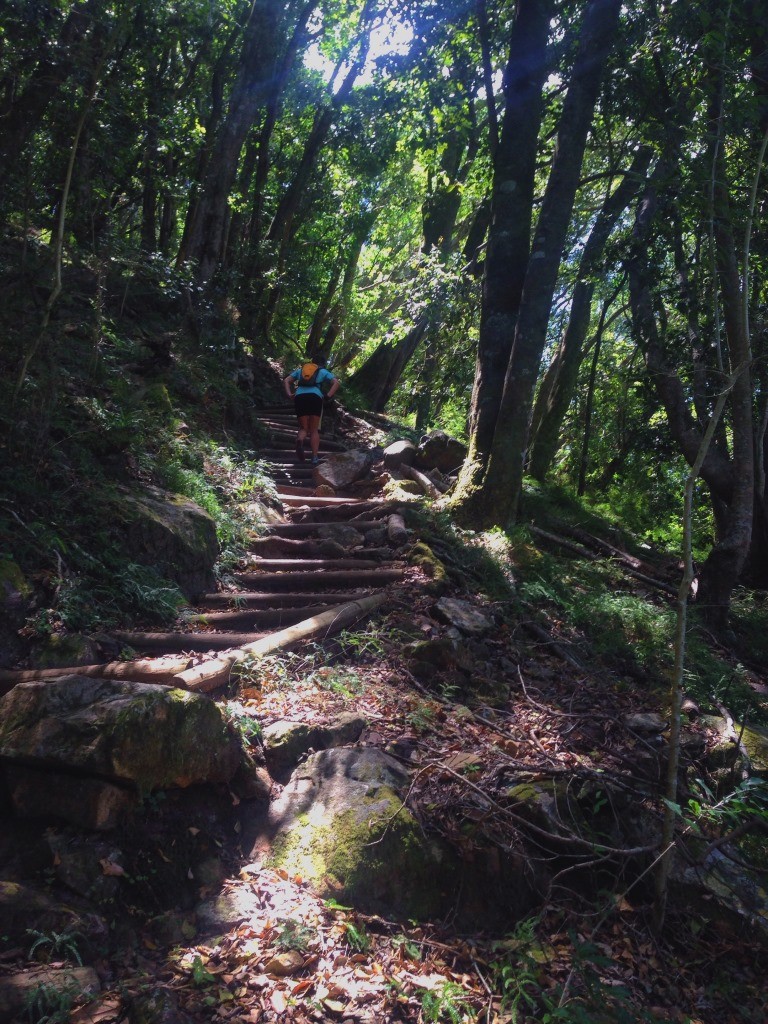 Trail running, wise men, mountain obsession and only a cut on my left thumb as the cost. I was now Earthed 🙂

If you’ve spent some time getting completely engrossed in the mountains, please share your experiences in the comments section below.

I’ve joined the Action Gear team where I will be sharing some of my tales as a blogger for their website. Go check it out here