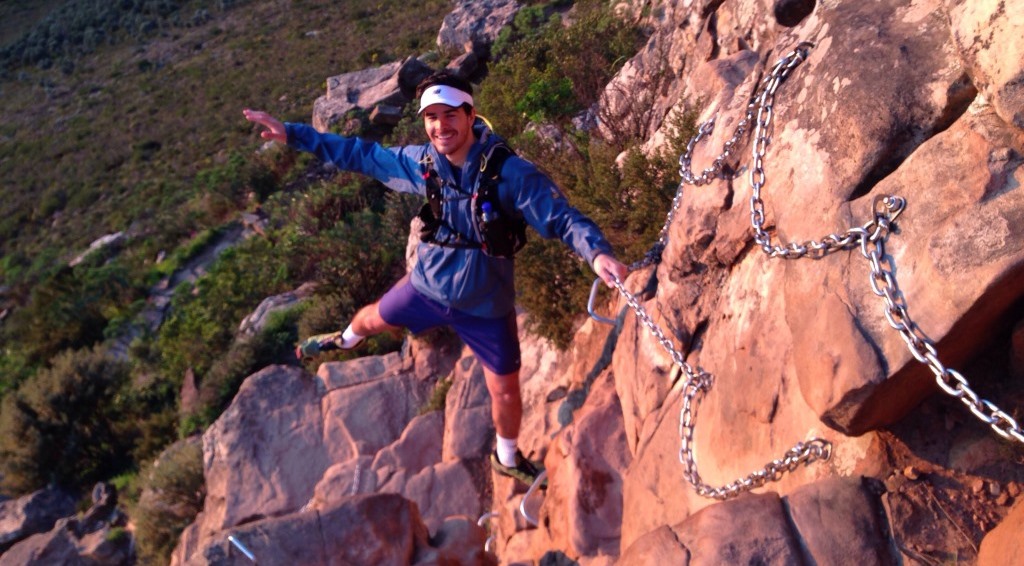 When you live and train in Cape Town, you have to take advantage of those unwritten rights that each Capetonian has privilege to when on their fitness journey.

So far, I’ve already ticked a few off:

Thankfully, I can now add an actual cool adventure to my list as we decided to head up Lion’s Head to watch the sunrise from the summit.

Still, I can’t take any credit for it since it was all thanks to my Spanish compadre Alfonso who got me to agree to the early morning excursion. Naturally, I dragged Wafiq along because I wasn’t going to be the only one up on this early morning mission…lol

Originally we planned to run from Signal Hill, summit Lion’s Head and then run back to where we started. Ambitious I know – especially since we all still had work to go to.

We arrived on the morning at the Signal Hill parking lot, but changed our plans as it was looking a bit too eerie to leave Wafiq’s sweet ride unattended. So we opted for the more chilled option of hiking up Lion’s Head and spending a bit of time at the top.

Armed with our trusty headlamps, we started. Alfonso’s trail pedigree showed early on as he left Wafiq and I in his dust. As a fellow trail addict, he spends a lot of time on his local trails in Barcelona – and it shows. 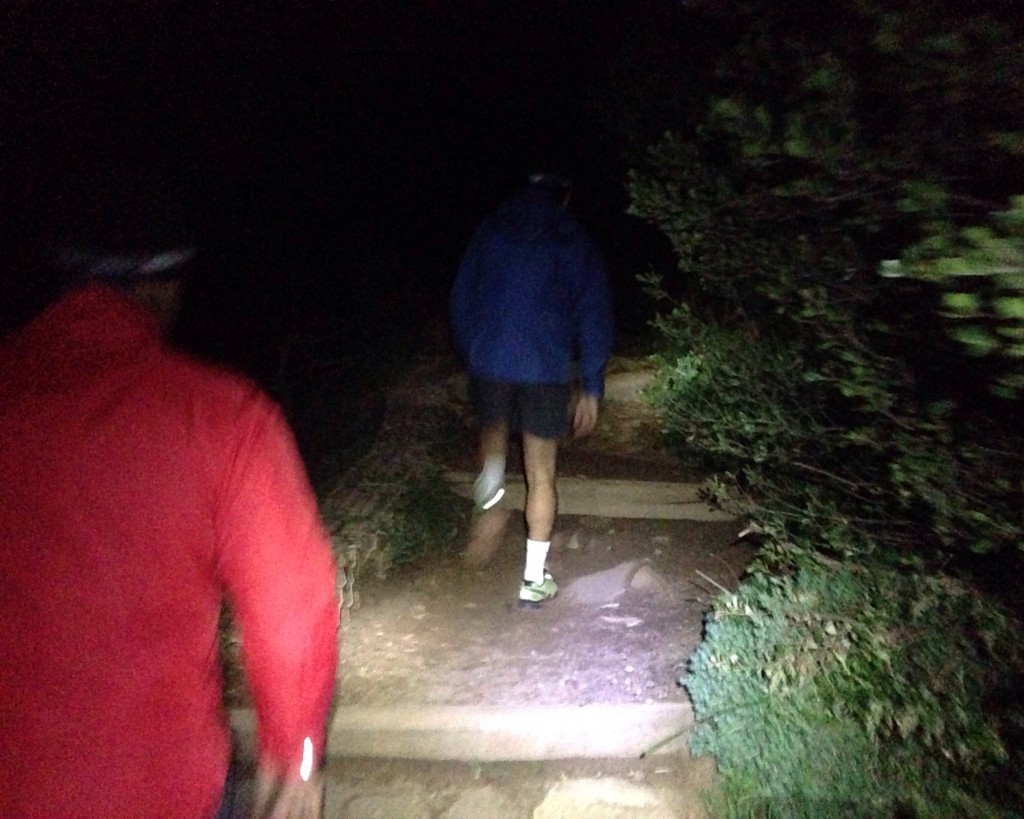 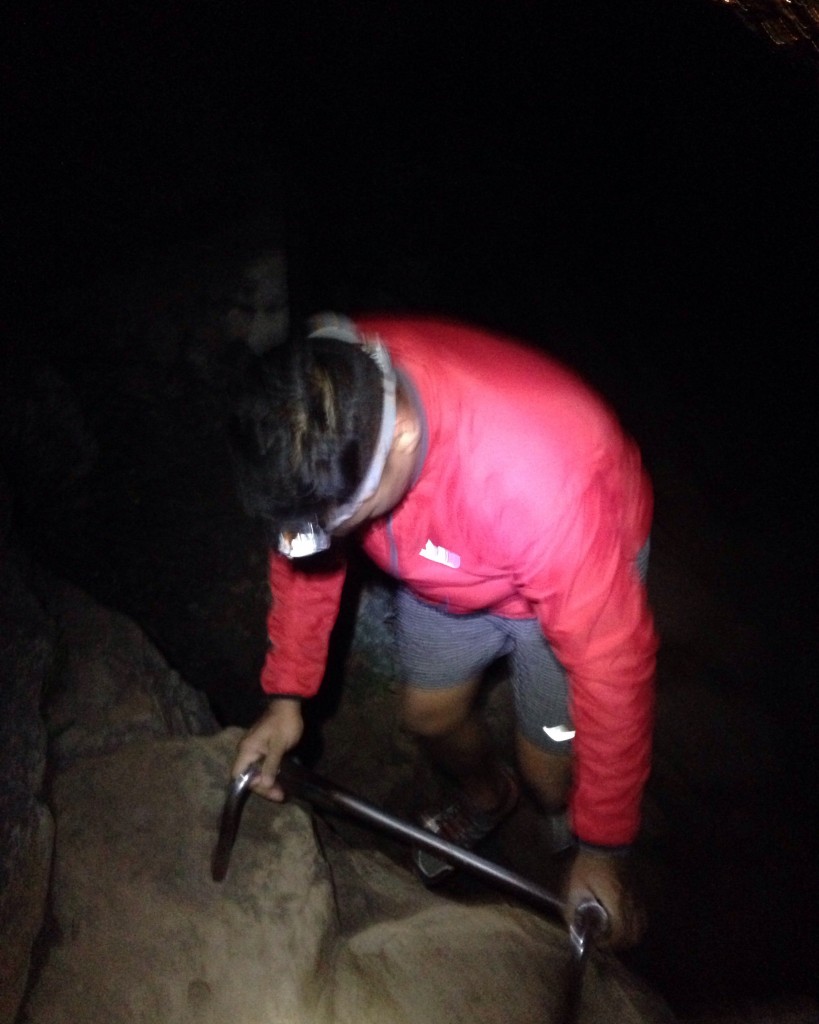 After clambering up the chains and battling the burn of those last metres to the summit, Wafiq and I found Alfonso perched atop the beacon with his GoPro at the ready to capture the sunrise in all its glory. 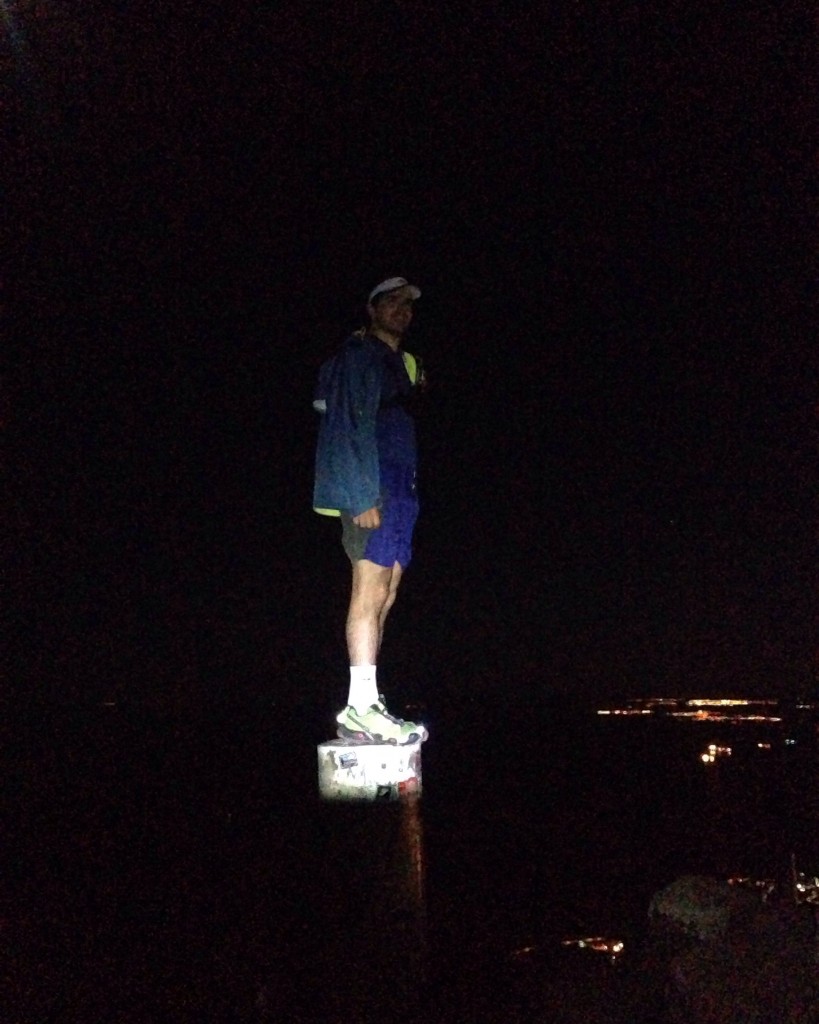 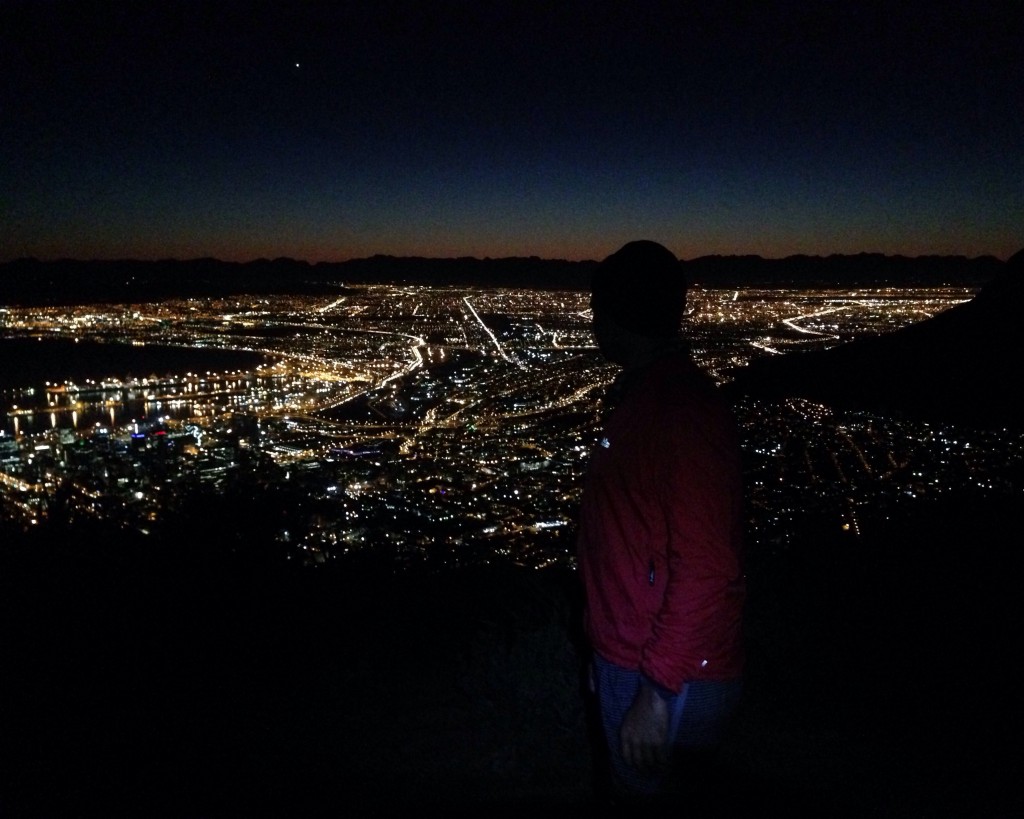 The dawn breaking in the distance

Surprisingly, we weren’t alone at the top as two ladies had already beaten us there on their own early morning mission – I did check and they confirmed that they did not sleep there 🙂 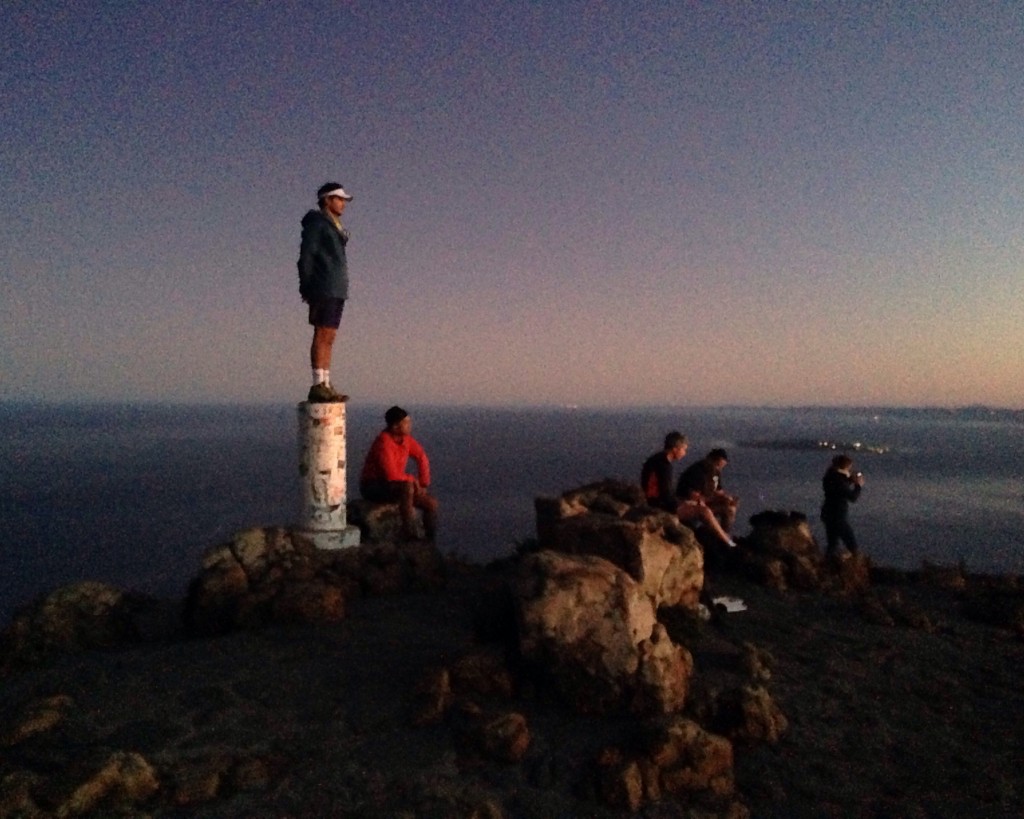 A spectacular sunrise is what awaits those who brave the short, but intense effort to the summit of Lion’s Head. 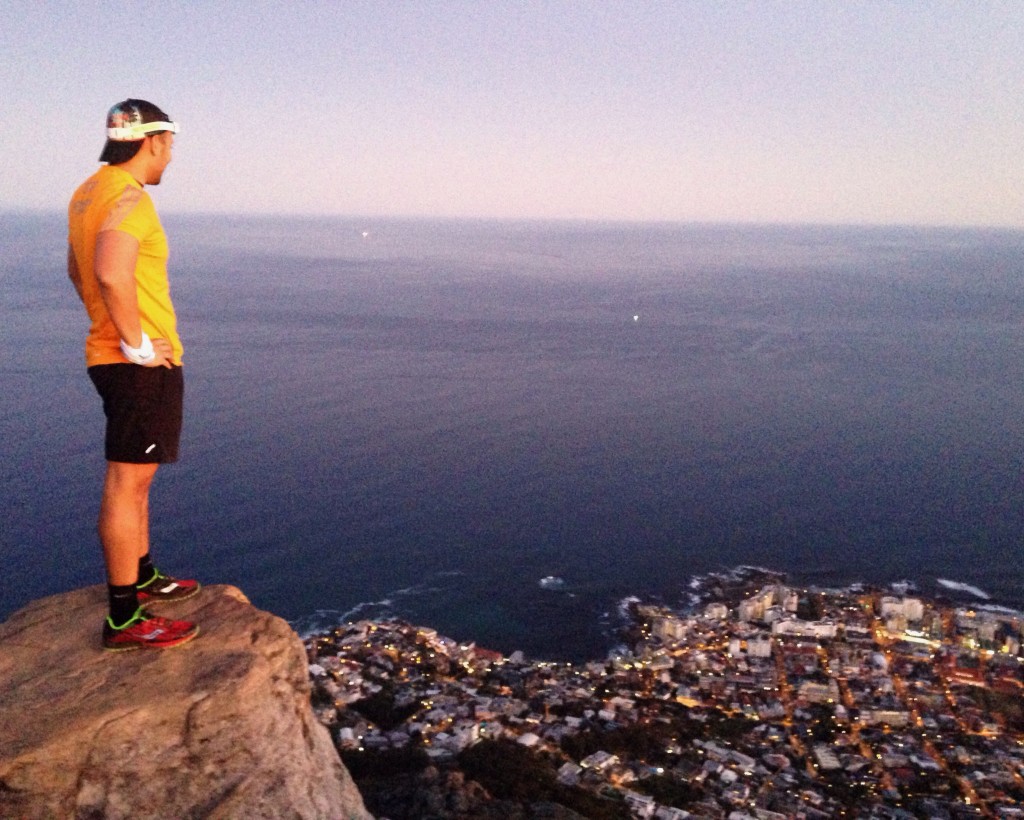 After some photos and random shenanigans we decided to head down. 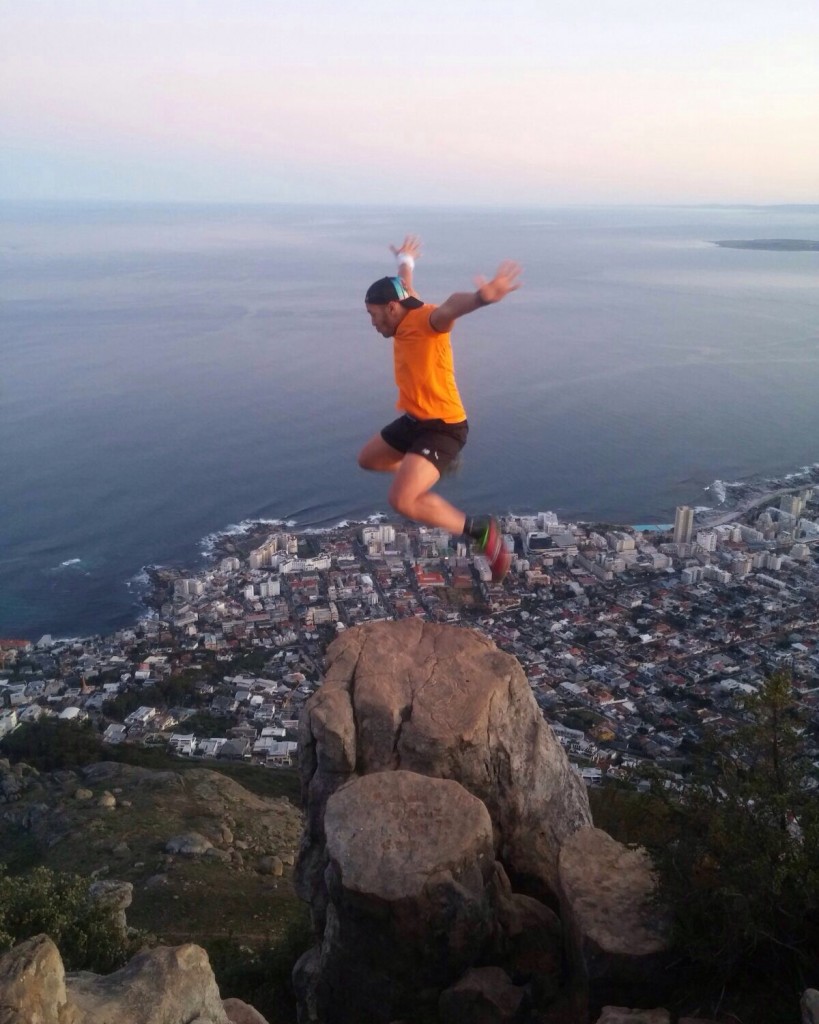 With the sun now fully out, there was no need for headlamps. However, I wish I had my camera out to capture the crazy way Alfonso tackled the descent. In a calm and controlled manner, he floated down the steep sections, where both Wafiq and I chose to rather use the “butt to rock” technique. 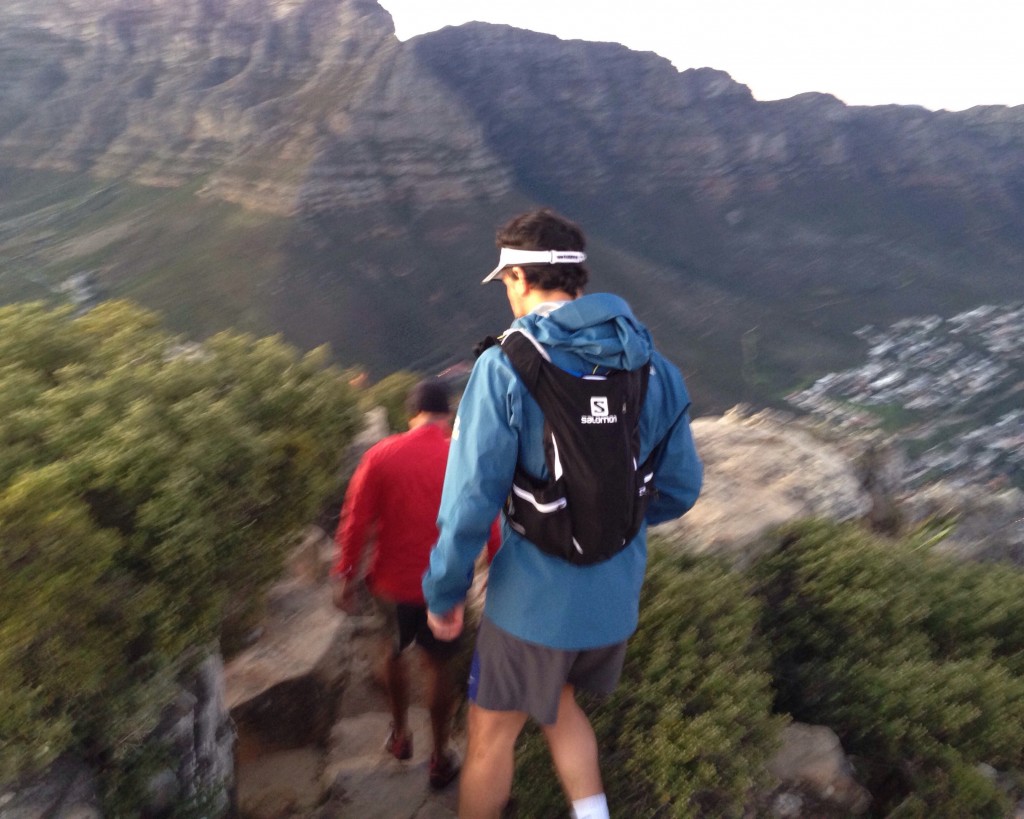 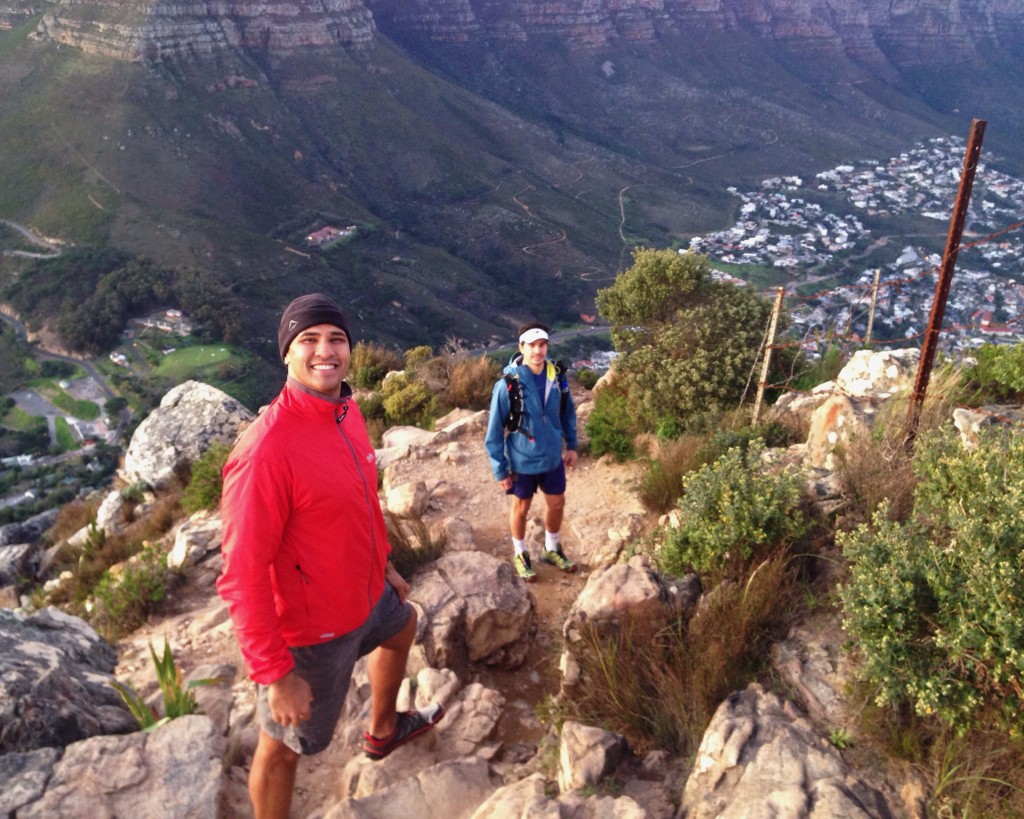 Alfonso is a big fan of skiing. He explained later that his skiing experience helped with building confidence to tackle descents. With skiing, at the speed you travel and with the quick decisions that are necessary, he has developed his technique to the point where he rarely doubts his ability on the descents. Definitely some skills that I lack and will probably take years to equal – plus my ankles are a bit fragile 🙂 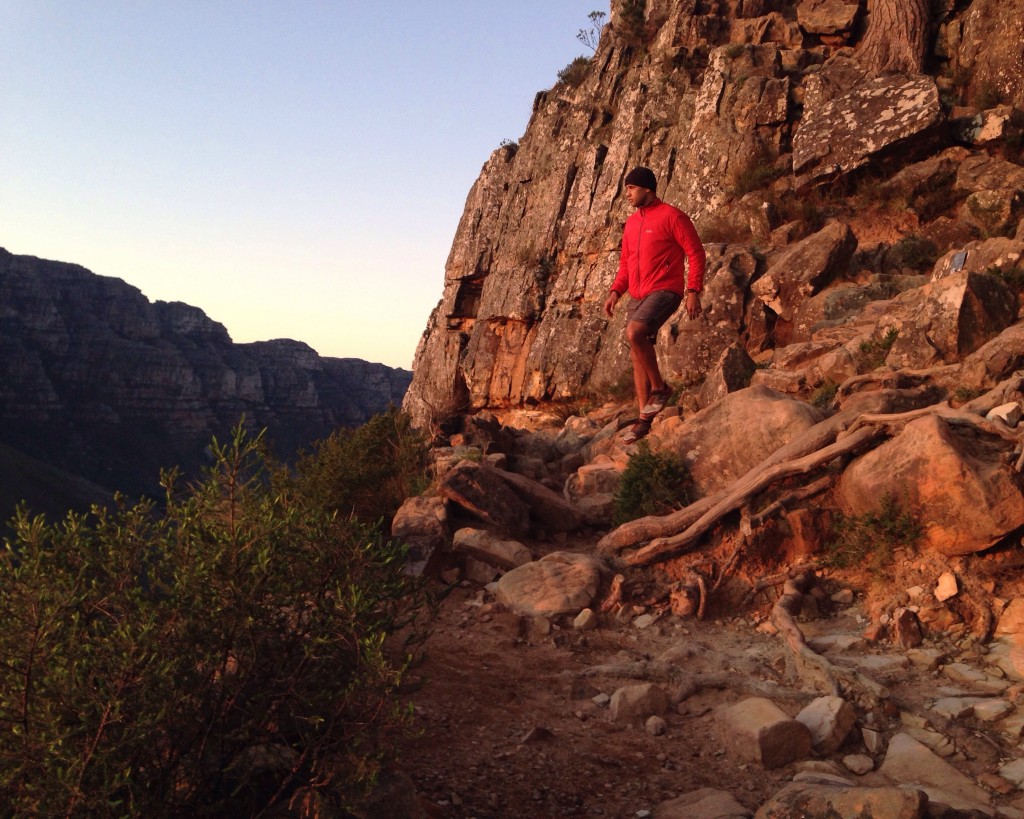 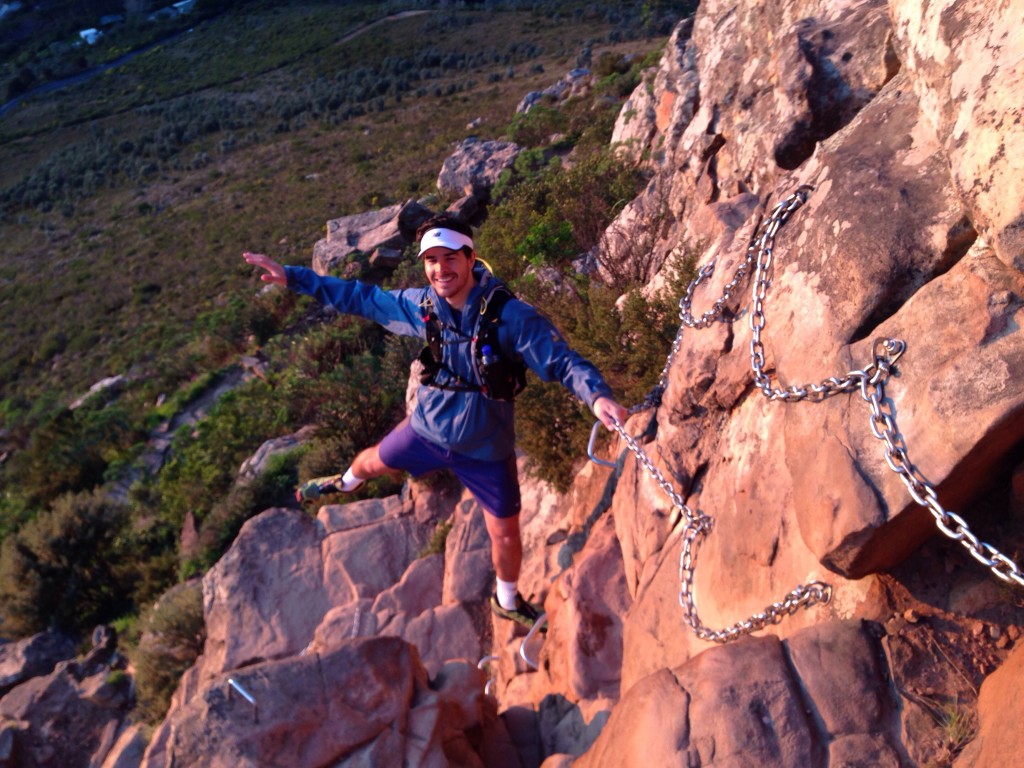 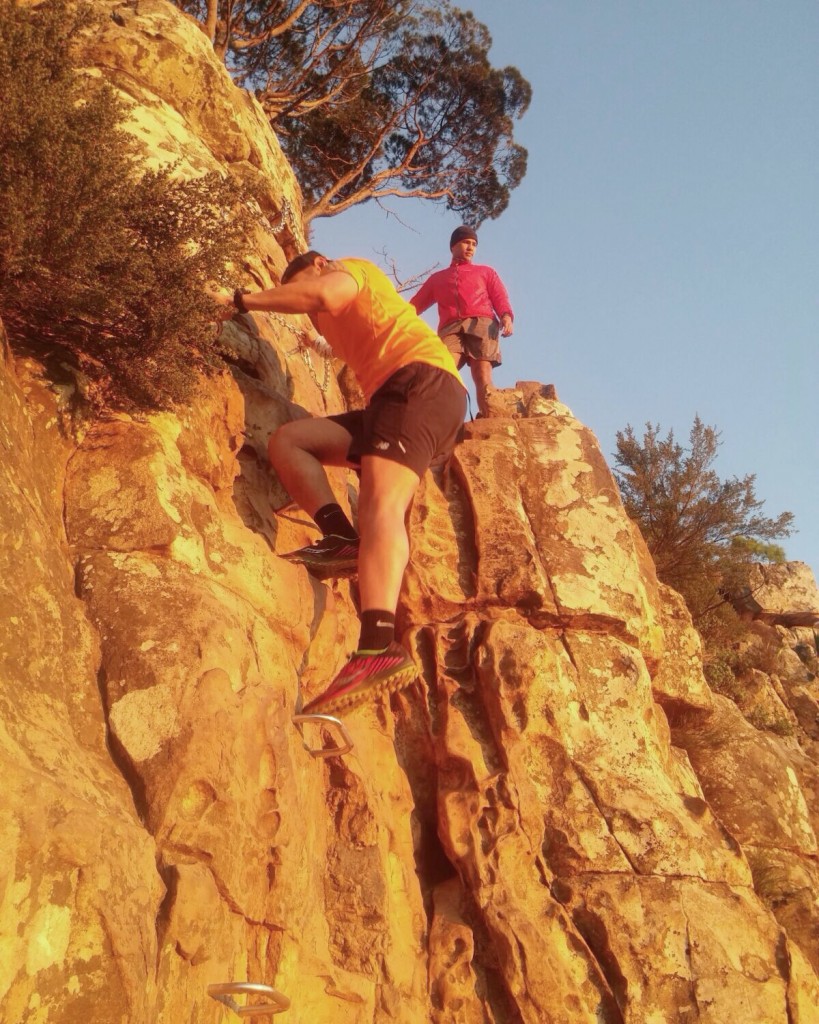 The rest of the run was a fun dance to the bottom and it reminded me how tricky Lion’s Head can be if you forget to keep your focus while you run.

To top it all off, when we reached the car we ran into SA’s very own trail legend Ryan Sandes who was back from his latest ultra adventure and getting ready for a photoshoot. 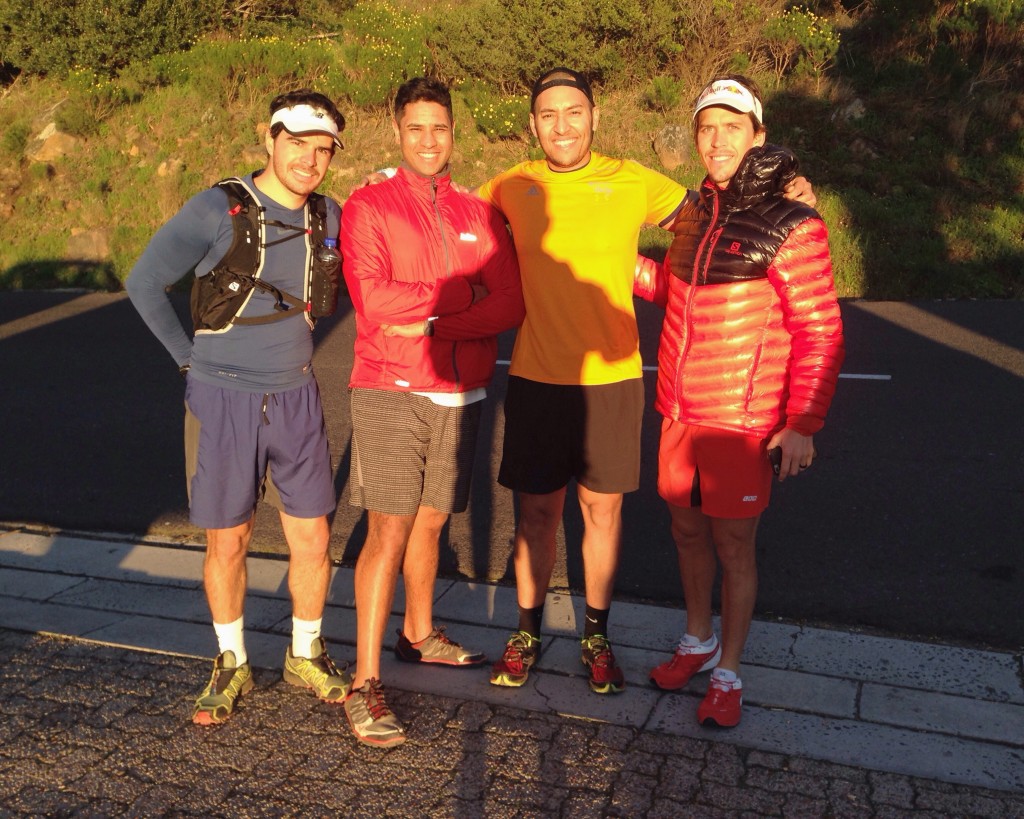 Alfonso, Wafiq, Me and Ryan Sandes (plus the photographer’s shadow)

Not a bad way to start the morning.

If you’ve watched the sun rise from Lion’s Head or any other peak in Cape Town (or maybe you just feel like giving a random shout out), feel free to share in the comments section below.