After a fun Winter Trail Series, I felt like a change of scenery (and terrain) was needed.

It’s definitely a good thing to mix it up every now and then, so Aanikah and I decided to join our Comrades duo of Adenaan and Ridah on one of their Sunday runs. The lads have been doing some big mileage in their build up to the Cape Town Marathon, so they were nice enough to take it easy on us 🙂

We met up at the Lakeside Centre and were joined by Riyad, Laymie and Adenaan’s bro Rafeeq (aka the brown Ben Affleck). 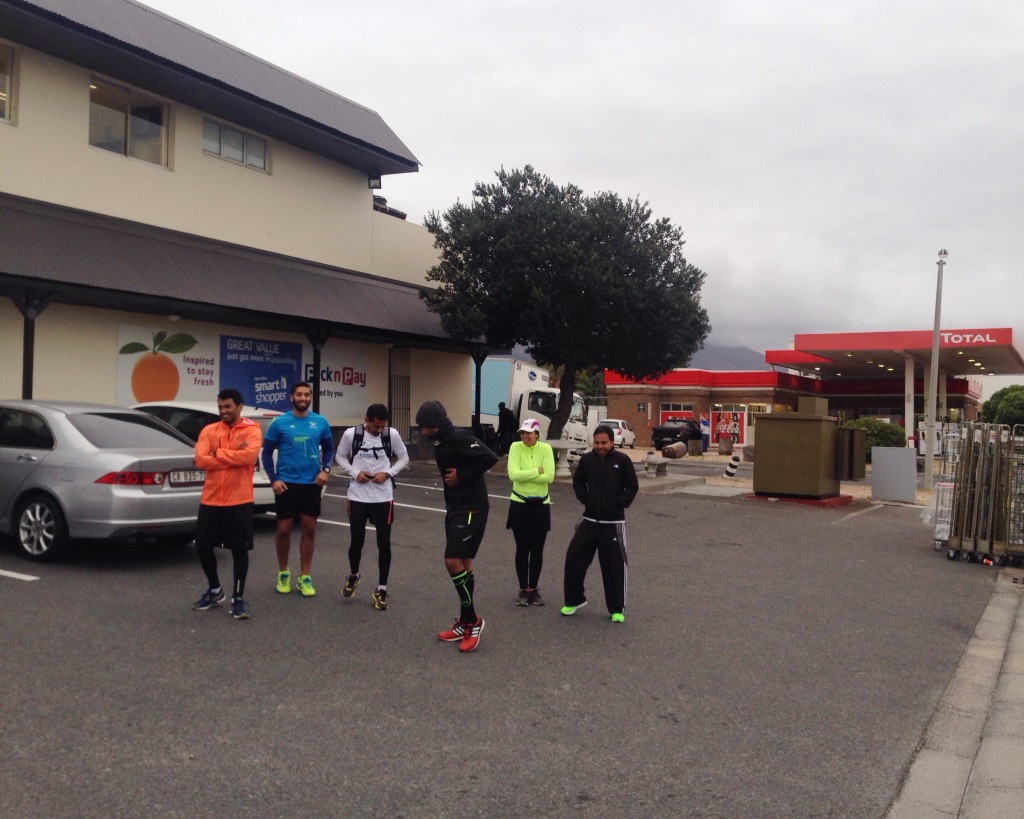 Everyone looking very cold at the start

After some quick stretches, we headed along the Main Road at a nice easy pace to warm up. We’d made the decision to start running with the wind blowing towards us. This was a strategic move since Boyes Drive was tough enough thanks to all the hills. So coming back on the loop we would have the wind at our backs. 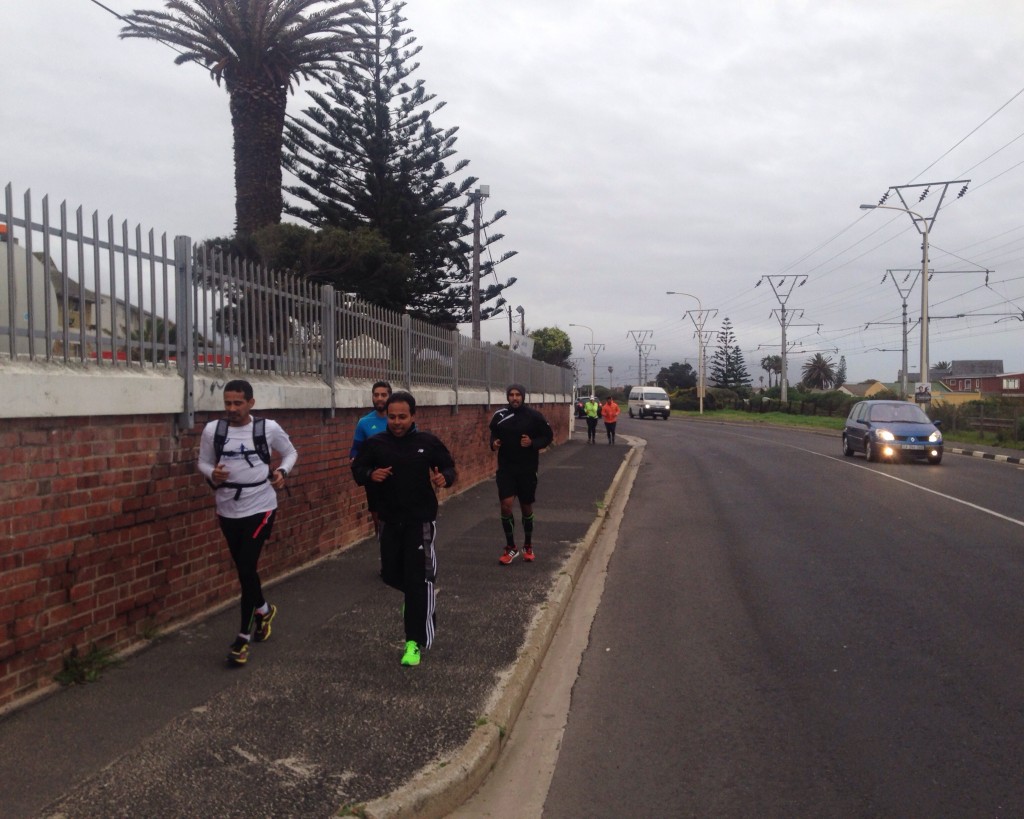 Over the last couple of weeks, I’ve been spoiled by the soft impact that running trails has had on my body. Whenever I get back on the road I tend to feel it a lot more in my knees and hips. I started this run dreading the pounding my body would be taking along the road. I knew I was going to feel it later.

But, surprisingly I didn’t notice the drudge as the surrounds were so beautiful that I quickly got distracted – goldfish style

The stunning coastline views and beautiful homes along Main Road made for some easy miles and great chatter among the crew. 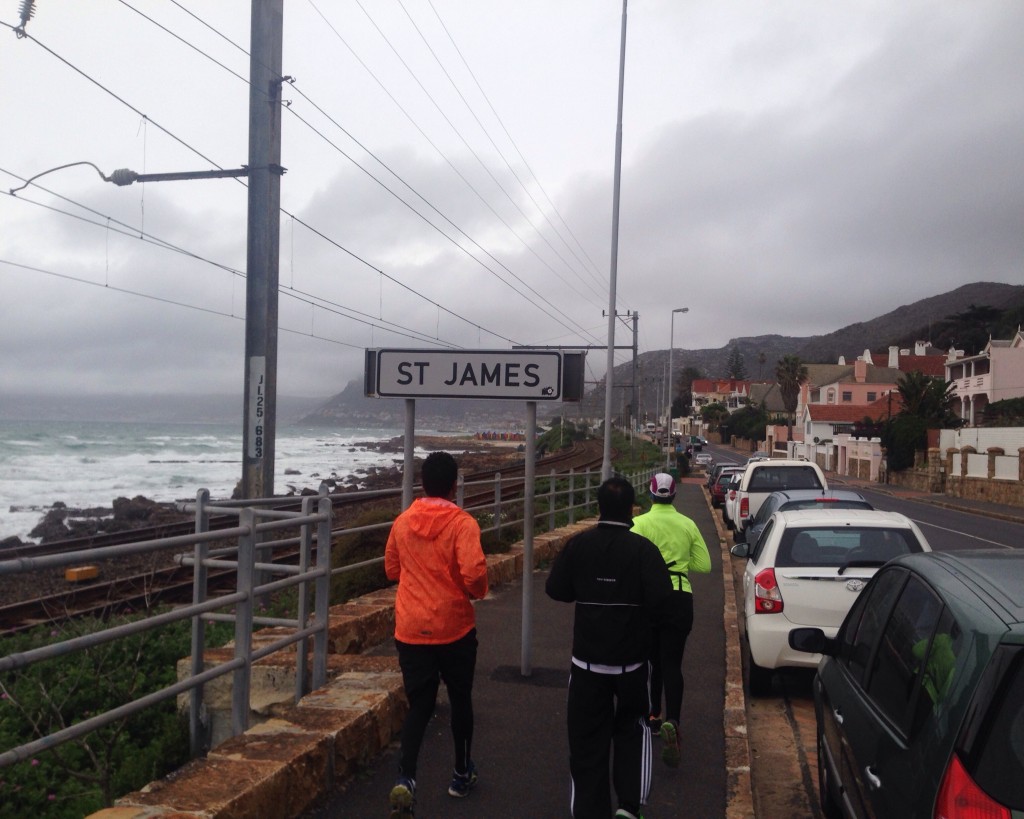 We took a quick stop off at the colourful beach houses on St James Beach for a drinks break from the water fountain. Then it was onward to Kalk Bay where we took the turn up Clairvaux Road for the climb towards Boyes Drive. 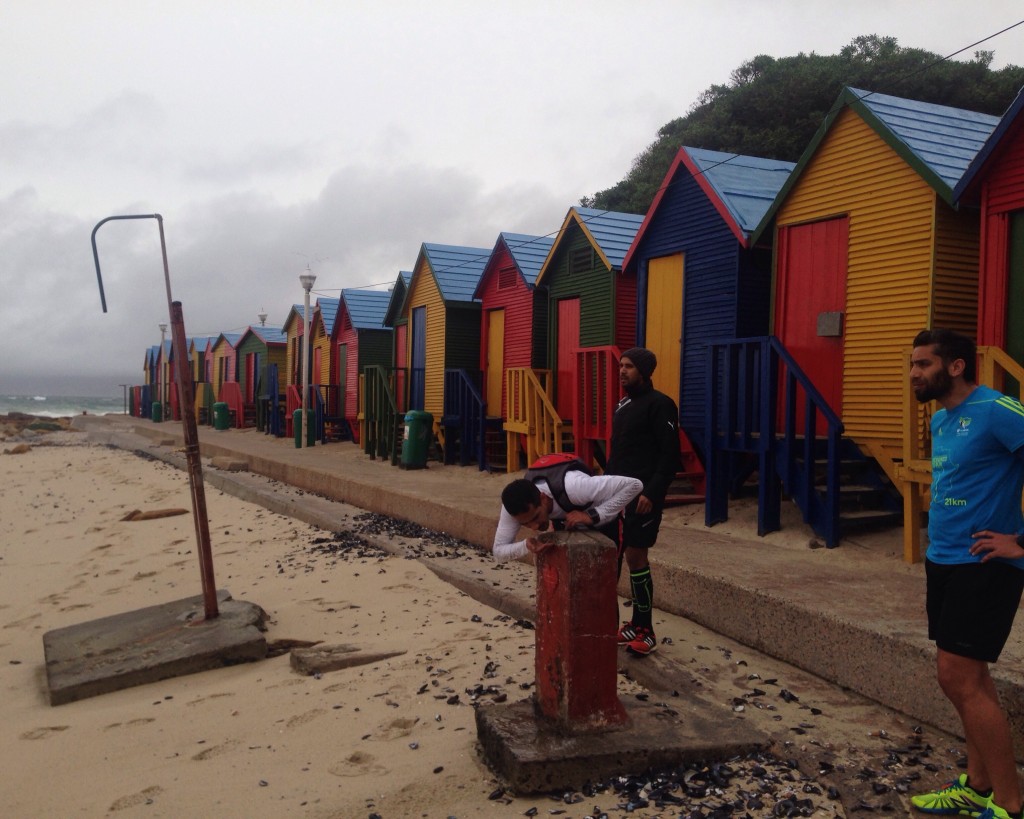 A quick sip of water at St. James 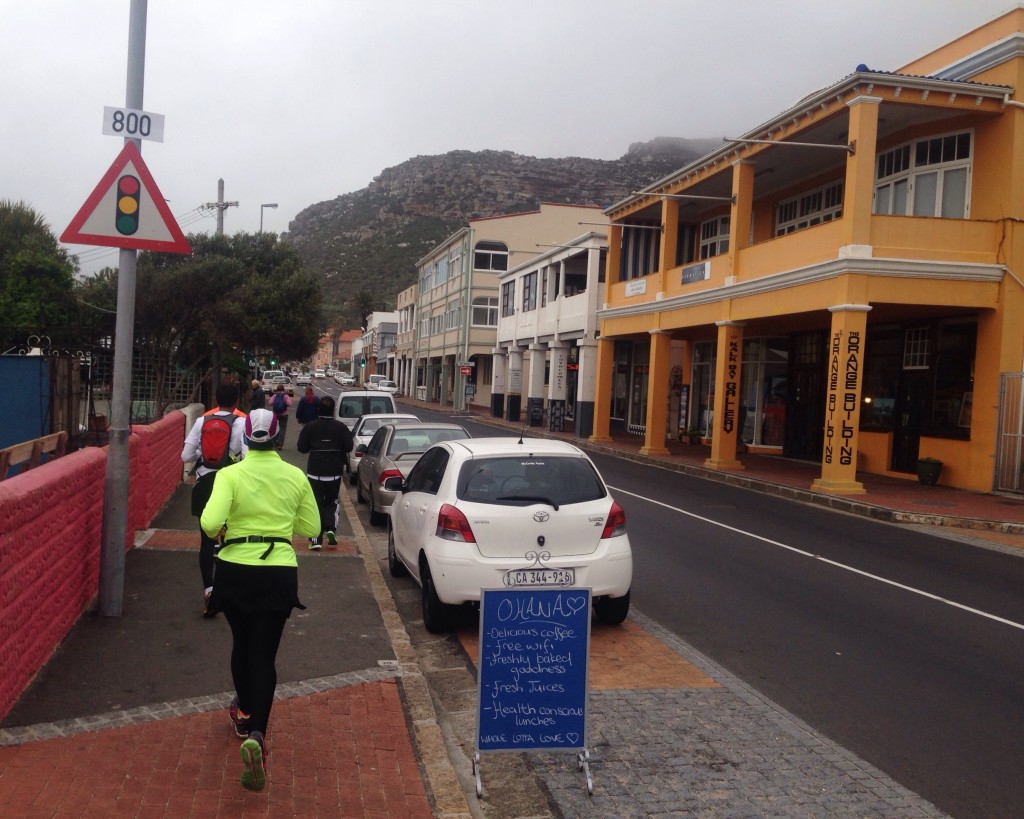 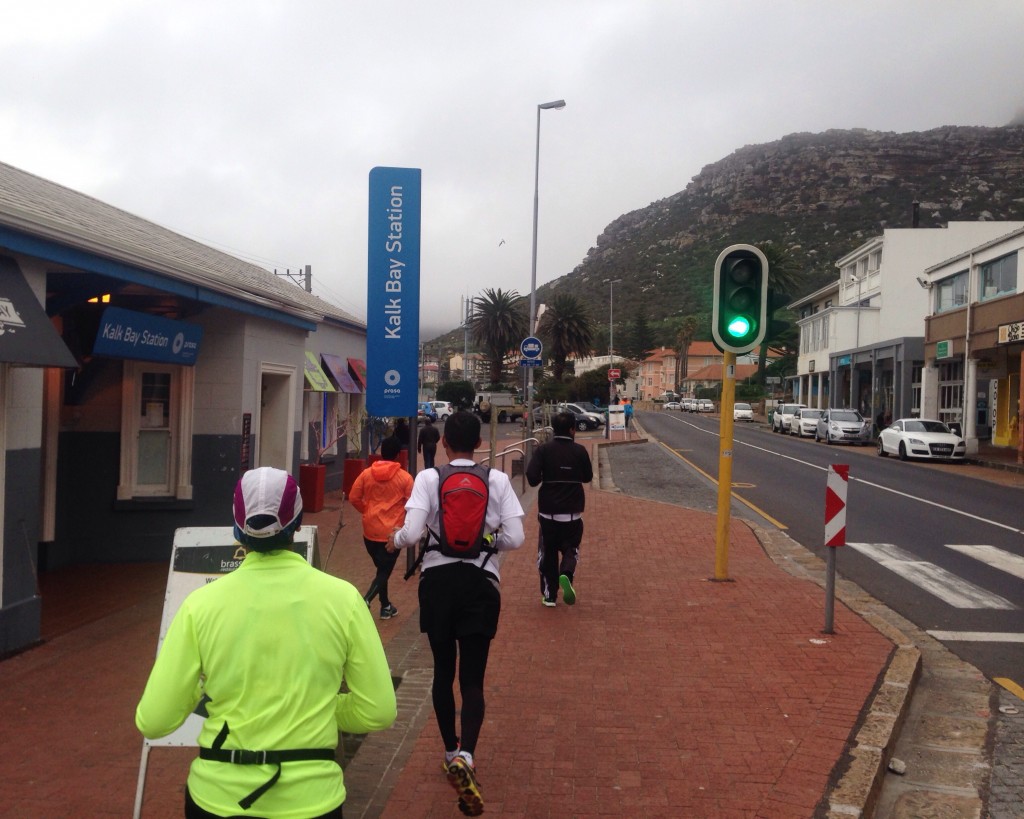 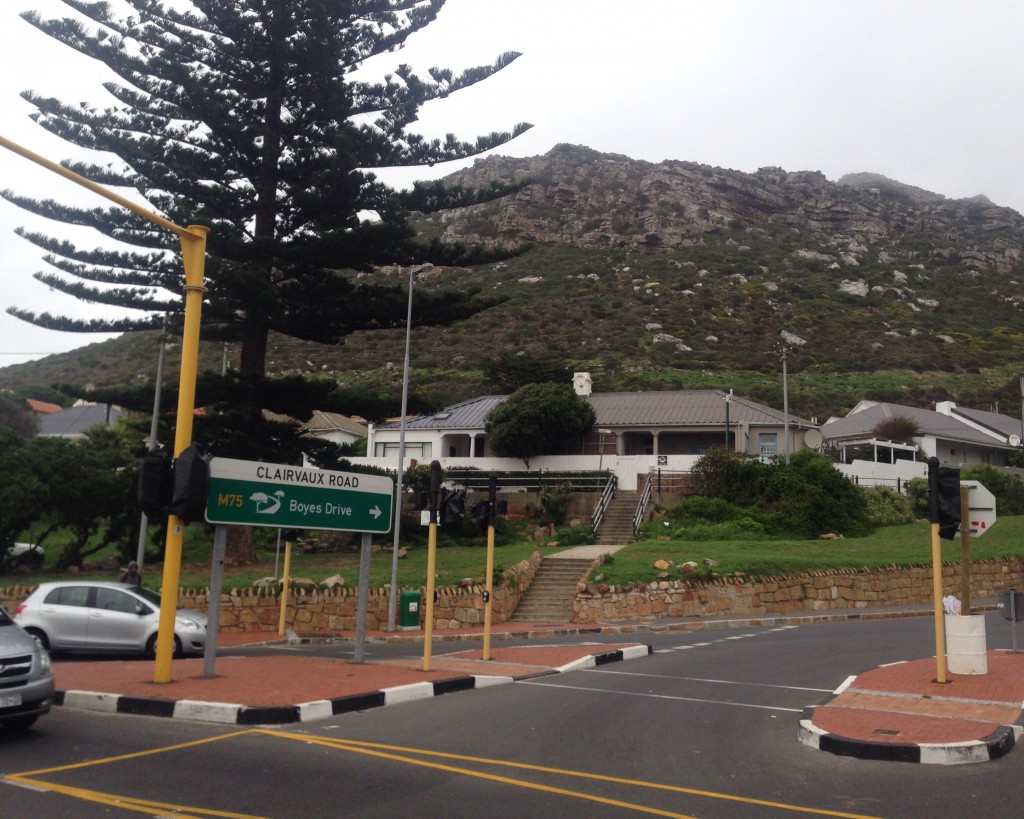 That first climb is a real test.

I remember recalling Dan’s voice in my head saying, “On the climbs I just drop it into 3rd gear and (like a bakkie) we head up that hill.”

Yep, I just dropped my head and powered (slowly) up the hill to Lock Road and finally we were up on Boyes Drive. 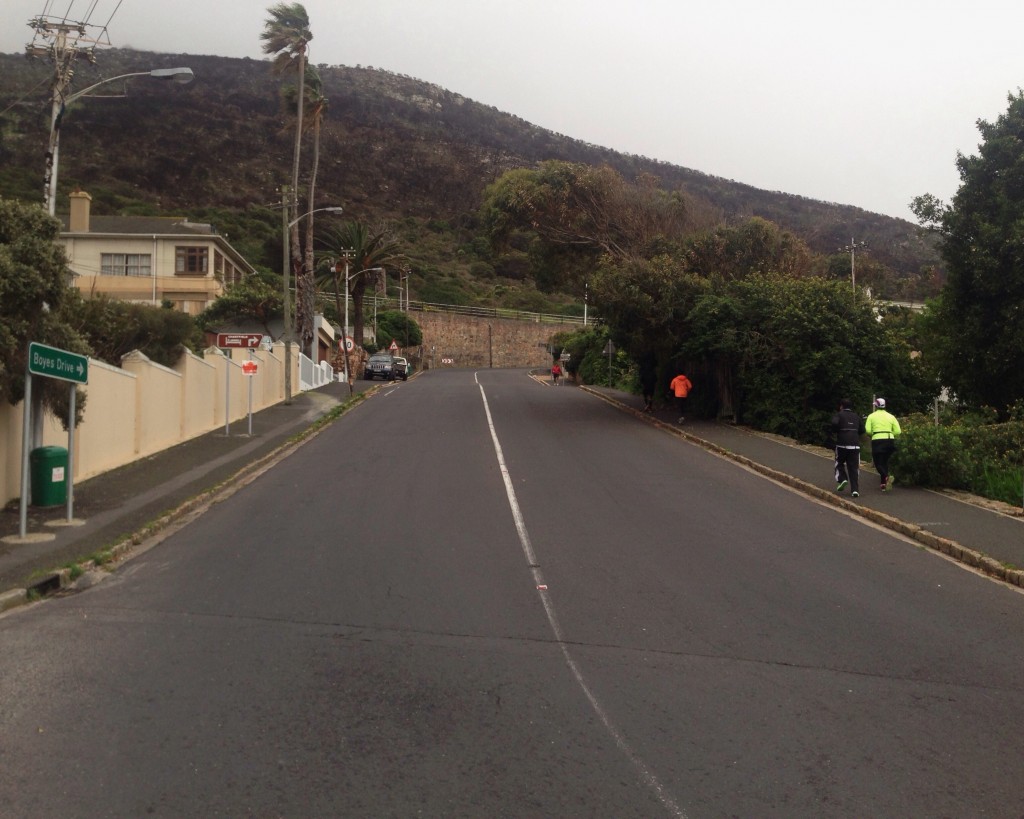 There is a mountain stream a couple hundred metres down the way, where you can catch a refreshing sip of water. Now with the Ocean on our right and the mountains on our left we had the return section of our loop to tackle. 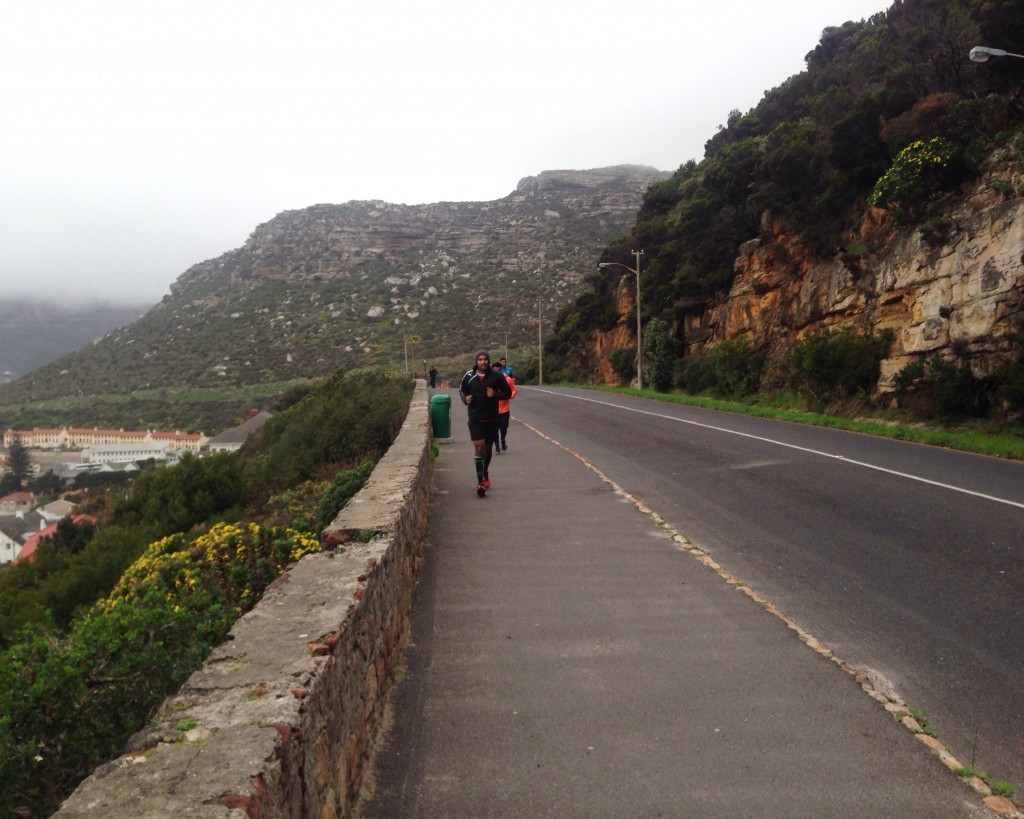 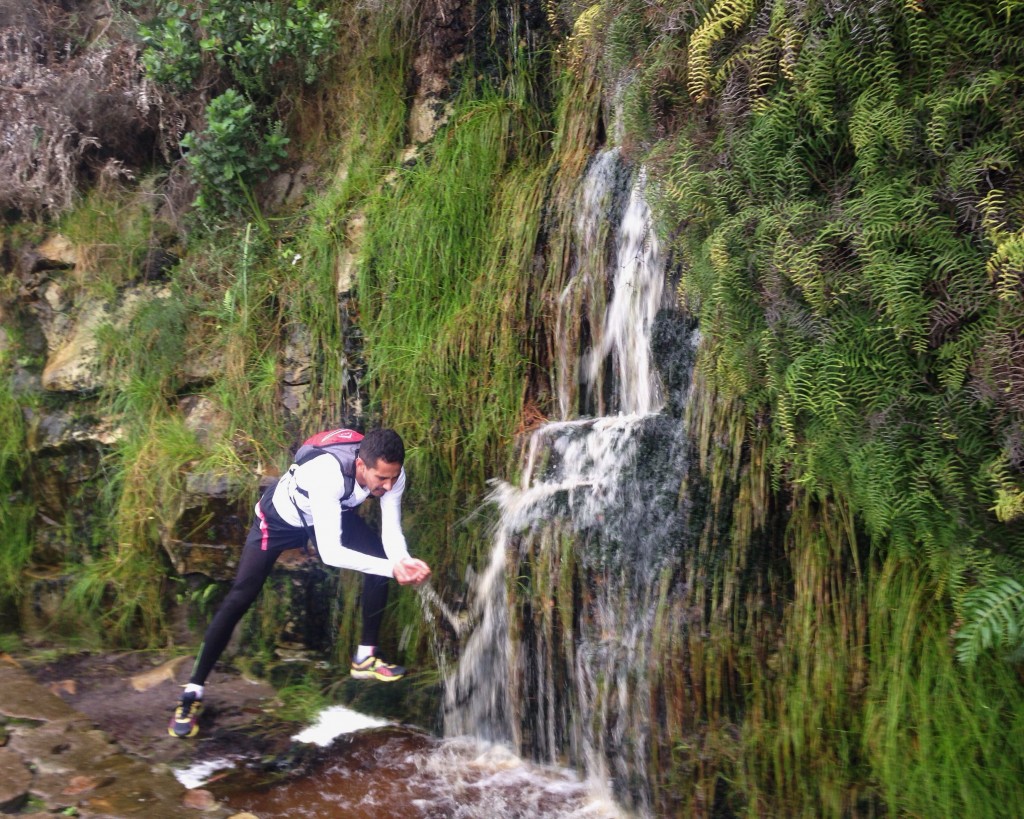 A quick drink supplied by nature 🙂 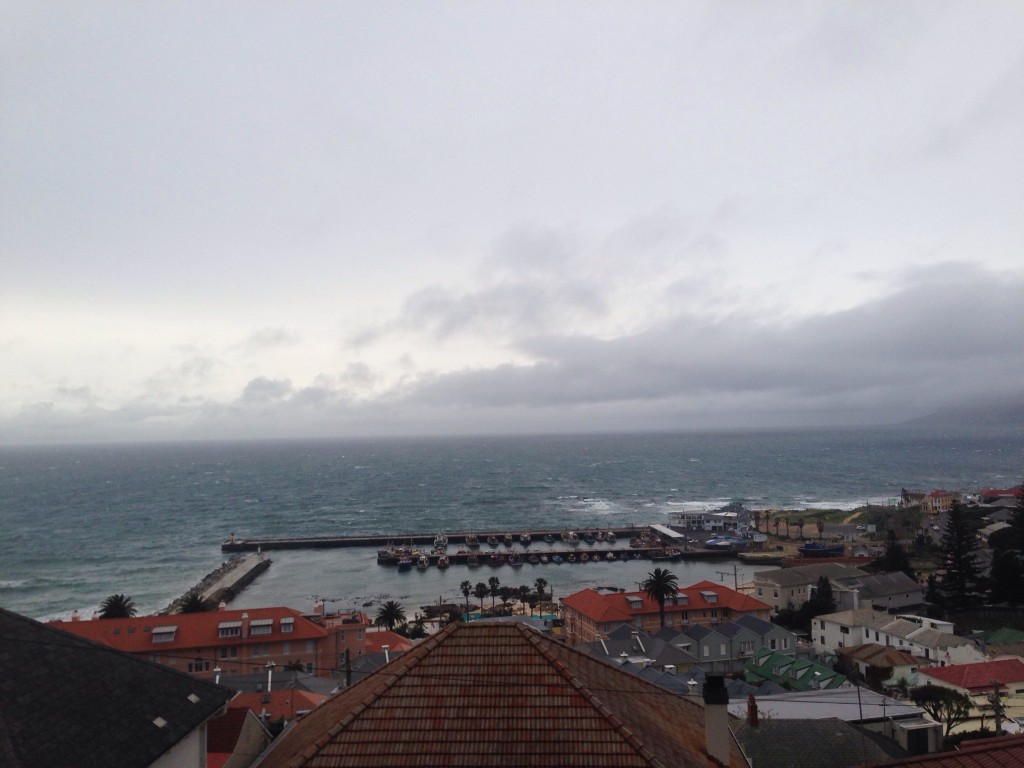 You can almost split Boyes Drive into a couple of sections, punctuated by some big climbs. But with each climb, there follows a descent which gives your legs some time to catch up. 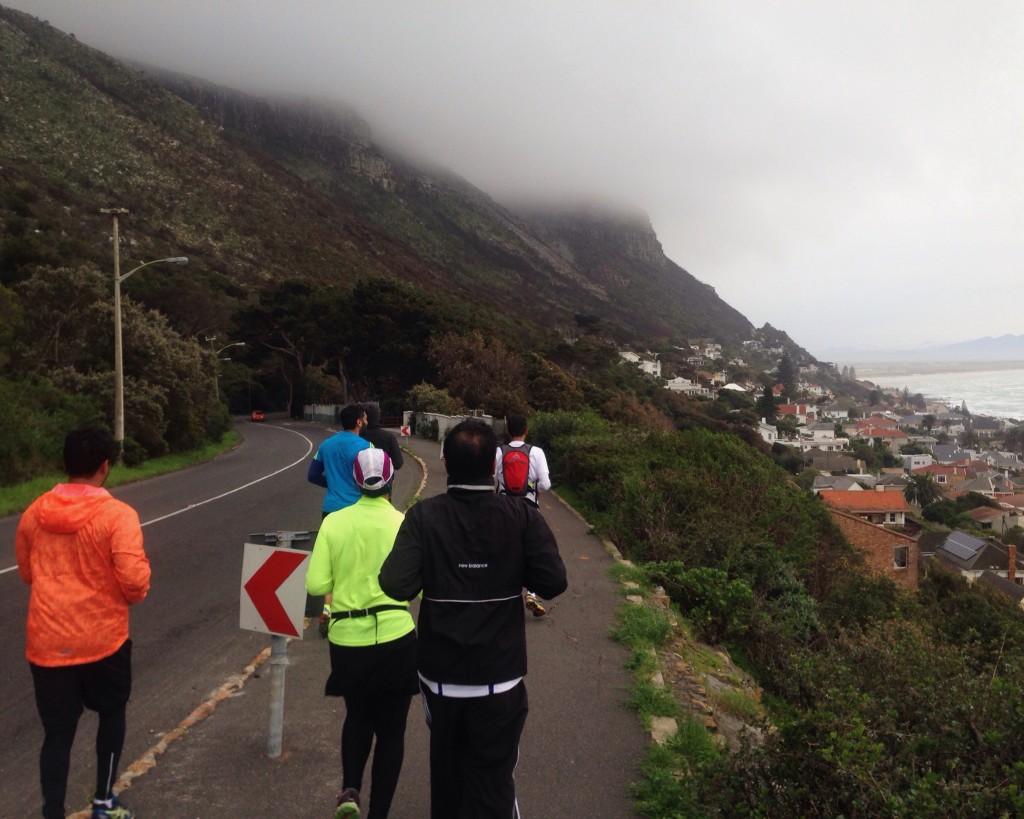 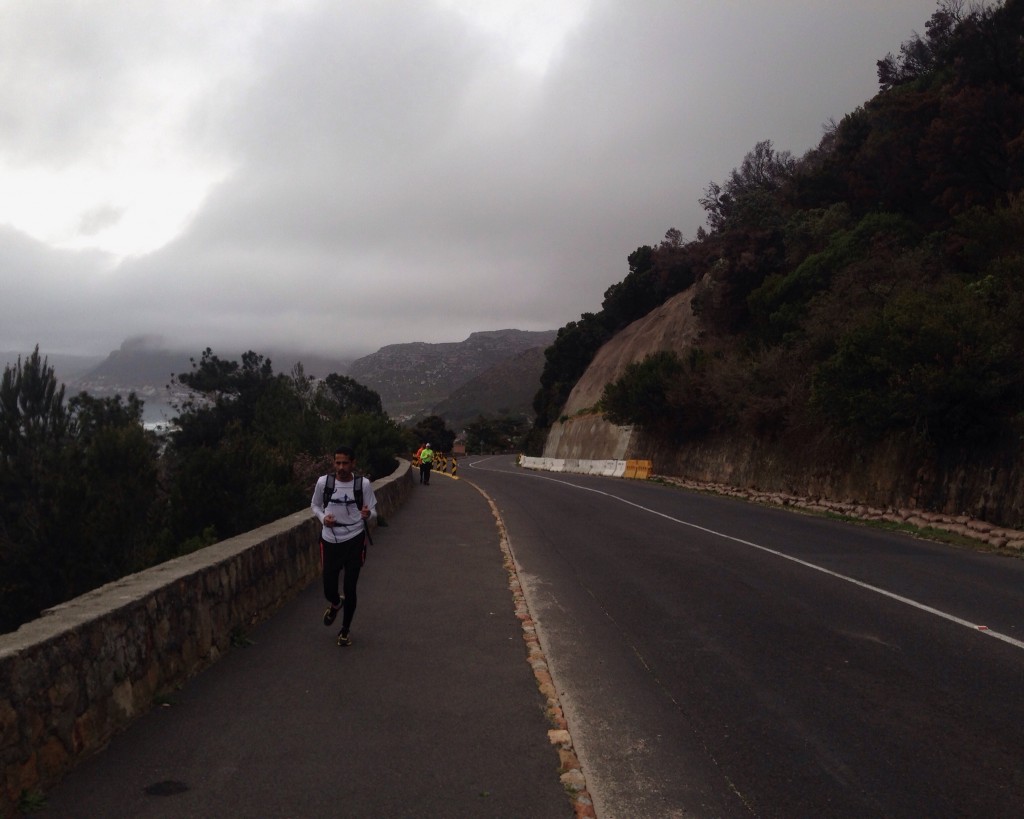 You gotta keep those legs pumping up them hills

I found myself staring longingly at the mountains to our left as we ran. I made some mental notes of the hiking trails we passed as I’m sure we will be back to trek through. 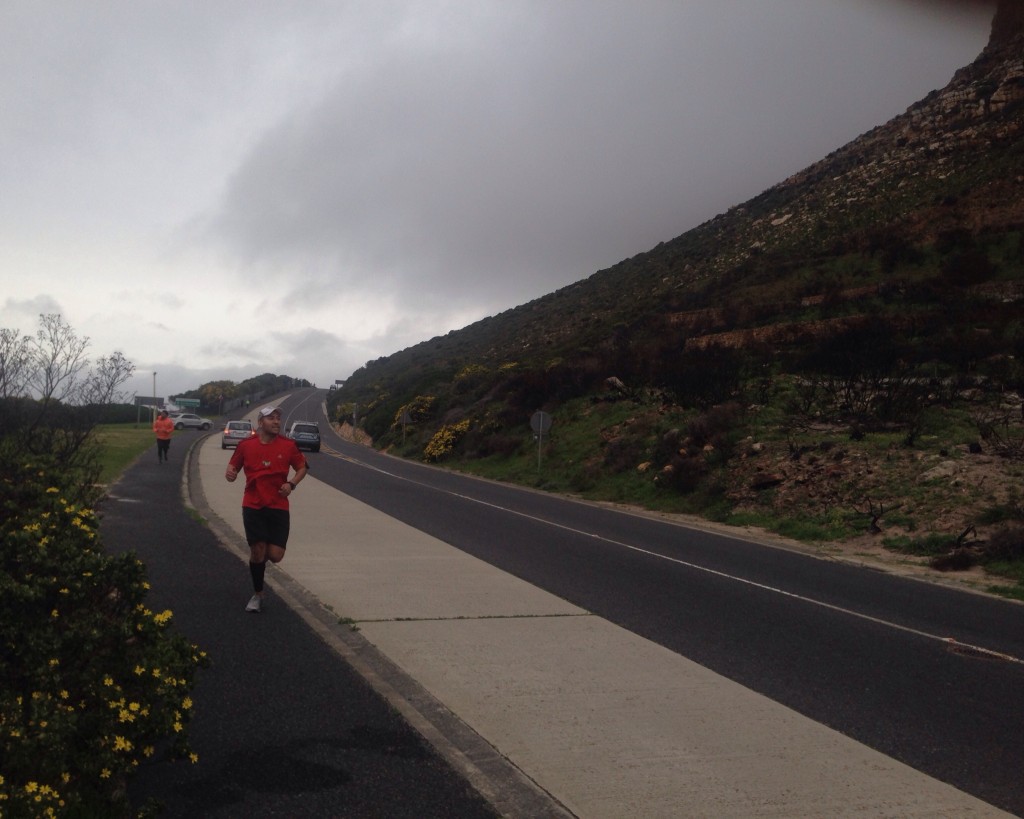 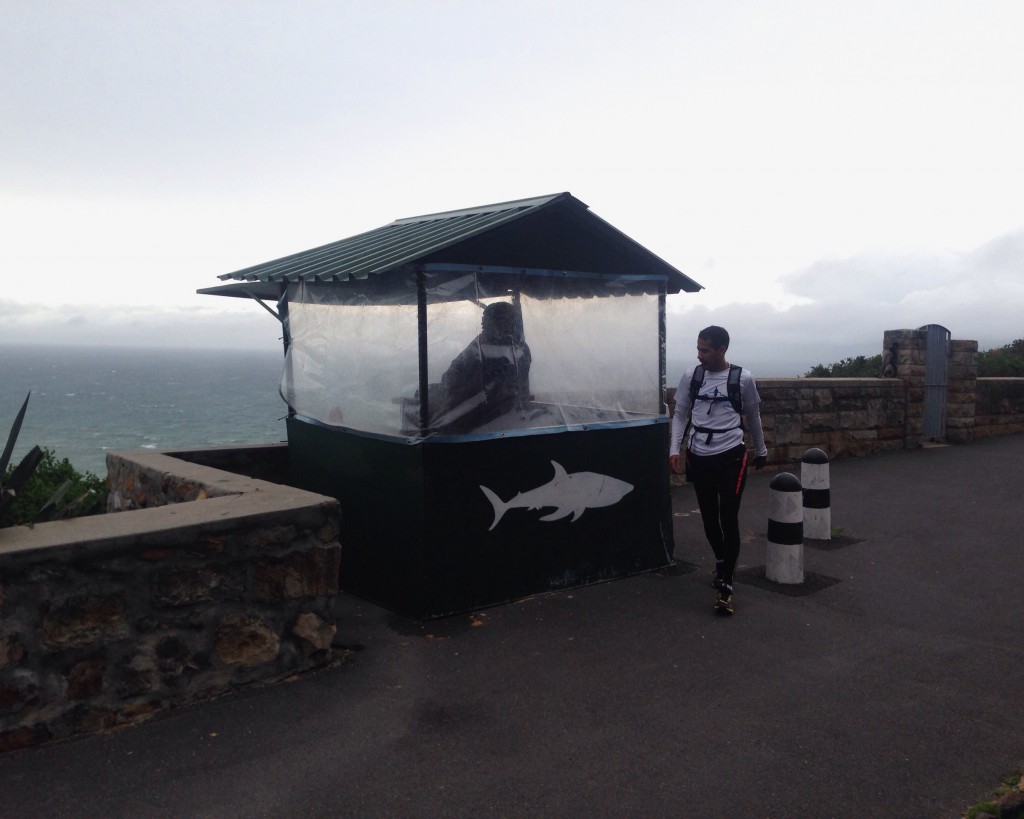 It was basically all downhill from there as we made our way along the long sweeping road back. We joined at Main Road and were back at the Lakeside Centre.

As is apparently customary on any Adenaan and Ridah run, we shared some banter, coffees and doughnuts which left us all smiling and most likely in a caloric surplus thanks to the post-run munchies.

No photo evidence was taken of course 🙂 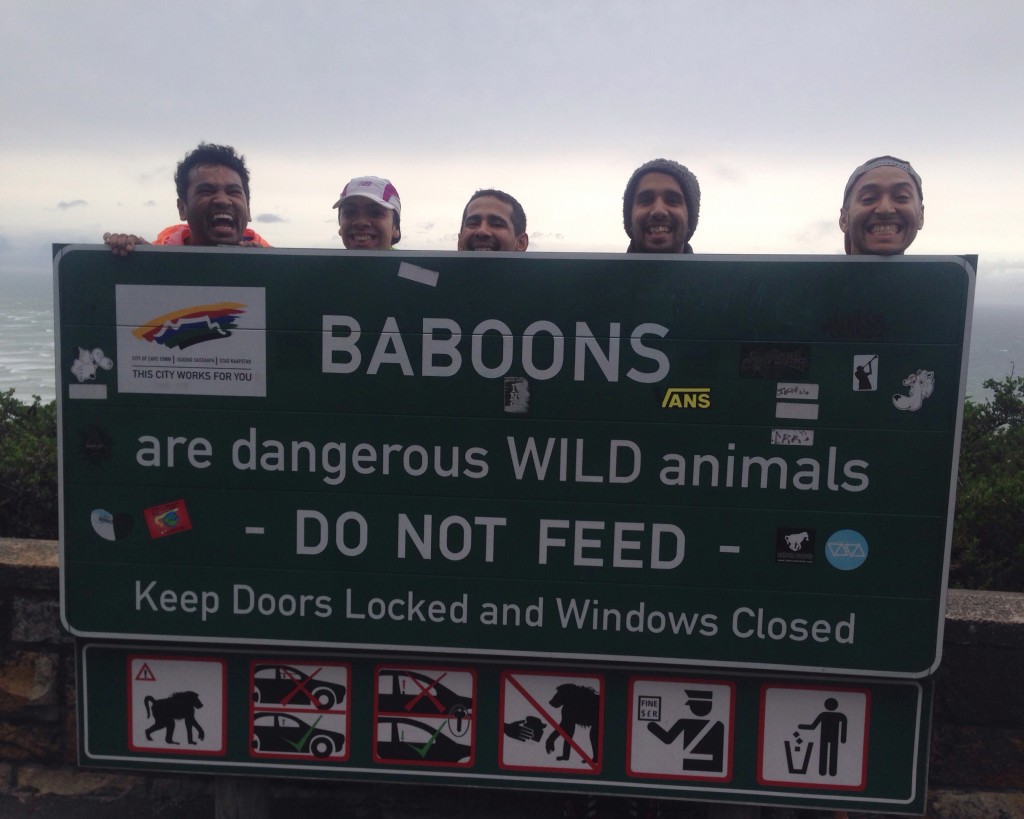 If you’ve run Boyes Drive before (or you just feel like giving a shout out), feel free to share in the comments section below.

Sorry, the comment form is closed at this time.